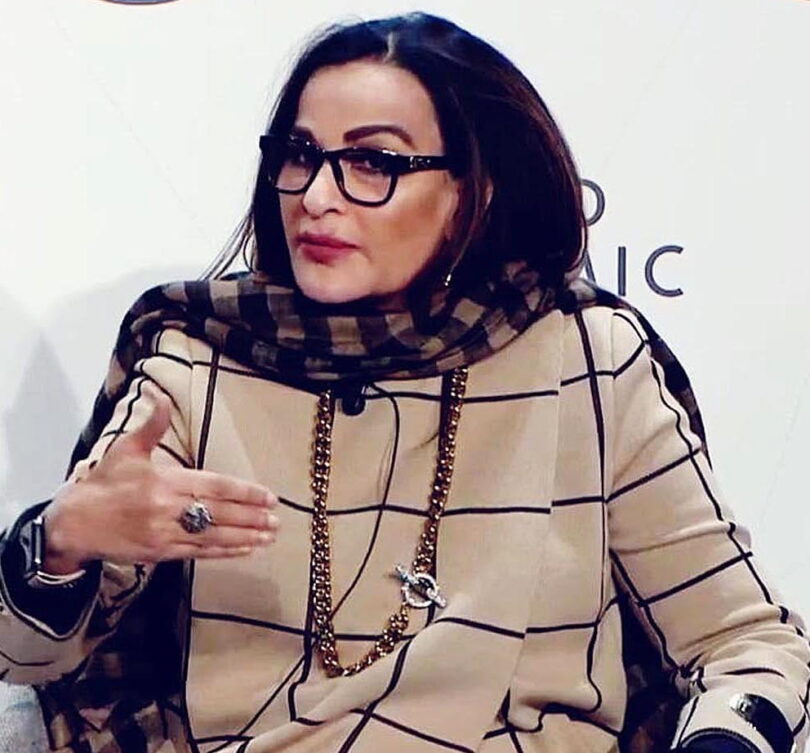 DAVOS: Federal Minister for Climate Change, Senator Sherry Rehman on Wednesday said, “The historic emitters responsible for the majority of global GHG emissions need to move resources to allow developing and emerging economies to make the energy transition to renewable without compromising development.”

The Federal Minister was at the World Economic Forum Annual Meeting being held in Davos. She was speaking at a panel discussion titled ‘Bending the Emissions Curve’ where she was joined by the Chairman of the Board, Mitsubishi Heavy Industries, Shunichi Miyanaga, Chief Executive Officer, Heineken, Dolf van den Brink, and Chairman, President and Chief Executive Officer, Baker Hughes Lorenzo Simonelli.

The panel was moderated by CNBC’s journalist and anchor, Steve Sedgwick. Minister Rehman said that the commitment towards net-zero by 2050 loses its meaning if the 1.5C target was no longer achievable. “We are on an ambitious track to net-zero but all of that takes a huge pause if the 1.5C target set under the Paris Agreement is under threat, as we are struggling to keep it alive.

If we continue business as usual, we are hurtling towards a 3.0C world which will be a race against time for many of us. We experience the burn much faster and harder than anybody else, and in a kind of scale that nobody has seen. We are in geographies of extreme vulnerability and our experience of climate change and global warming is very nonlinear,” she stated. Minister Rehman highlighted that the pledges and commitments toward clean energy transition are quickly abandoned when there is a threat to the world’s addiction to excess energy.

“A global reset is needed because the addiction to energy and consumption is taking away the futures of those that live in the arc of vulnerability, and also of those living in the developed world. It will be too late to change our addictions and habits to energy consumption as we are speeding towards a planet that’s burning up, with investment in renewable energy not where it needs to be to save the planet. The Minister remarked that in tackling climate change, we are still working in silos which is counterproductive.

“At the moment, there is no standardization of the best practices for regulatory frameworks that could be shared across the board through global governance frameworks and multilateralism. For instance, if such a framework was made available for carbon pricing mechanism, it will then become a regulatory practice that the governments will feel bound to work with. We are still in silos because the multilateral system is not able to overcome the nationalisms that rise up every time there is a threat,” she said.

Minister Rehman said that moral imperative only is not enough, and there is a need for a system with clear incentives and penalties as the current system is not working. Senator Sherry Rehman met with the CEO and Co-founder of Planet Labs, Will Marshall. They discussed the role of space technologies, such as satellites, can lead to several inventions that can benefit the environment, as well as role of metrological satellites as early warning systems to predict extreme weather conditions like unprecedented rains, droughts, and floods.

The Minister also joined Foreign Minister Bilawal Bhutto Zardari and Minister of State for Foreign Affairs Hina Rabbani Khar in a meeting with the Chairman of the World Economic Forum, Professor Klaus Schwab, on the sidelines where they discussed Pakistan’s long-standing relationship with the World Economic Forum and promoting international cooperation. Senator Rehman will be in Davos until 20th January 2023 during which time she will meet with political leaders, corporate executives, international organizations, climate action practitioners, media and plenary forums on climate, environmental, economic and social issues. (APP)