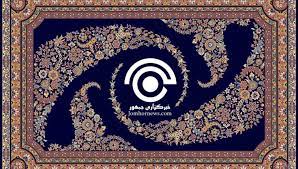 KABUL (Khaama Press): As the restrictions on the Afghan media grow stringent, the 13-year-old Jomhor News Agency announced that it was closing its main office due to “continuous threats” from the General Directorate of Intelligence.
Following threatening phone calls and texts from the intelligence accusing it of disseminating and publishing anti-government content, Jomhor News Agency said on Saturday, December 11, that it is closing its main office in Afghanistan.
The statement claims that the authorities demanded that Jomhor News erase from its website and Facebook page any analyses and articles that were critical of the leadership of the rolling administration in Afghanistan.
After 13 years of operation, the Jomhor News Agency said it decided to close its office in Kabul out of concern for the “safety” of the employees.
The FM radio broadcasts from Voice of America (VOA) and Azadi radio, an Afghan subsidiary of Radio Free Europe/Radio Liberty, or RFE/RL, were suspended on December 2 by the authorities, who cited a lack of adherence to journalistic standards and biased broadcasts as the reason.
Last year, the Government Media and Information Center issued a directive with 11 articles that granted the current administration undue authority over the content while prohibiting media outlets from publishing material critical of Islam and officials of the government.
The Afghanistan Journalists Center previously reported that over 6,000 journalists had lost their jobs as a result of the political unrest in Afghanistan last year, which led to the closure of 287 media outlets for a variety of reasons, including financial and security concerns.
This comes as there has been an unprecedented increase of violence against journalists with reports of arbitrary detentions of reporters, and at least 200 instances of journalist human rights violations have been documented by the United Nations Assistance Mission in Afghanistan (UNAMA).