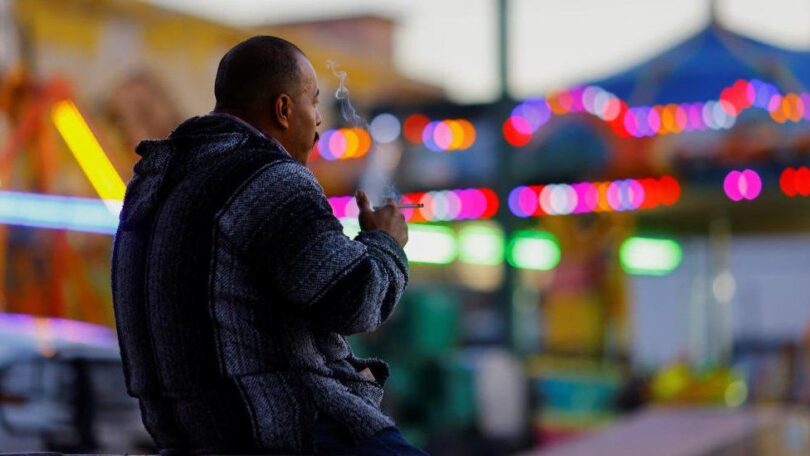 MEXICO (BBC): Mexico has brought into force one of the world’s strictest anti-tobacco laws by enacting a total ban on smoking in public places. The step, which was first approved in 2021, also includes a ban on tobacco advertising.
Several other Latin American countries have also passed legislation to create smoke-free public spaces.
However, Mexico’s legislation is considered to be the most robust and wide-ranging in the Americas.
It amounts to one of the most stringent anti-smoking laws in the world. Mexico’s existing 2008 law – which created smoke-free spaces in bars, restaurants and workplaces – is now extended to an outright ban in all public spaces. That includes parks, beaches, hotels, offices and restaurants. There will also be a total ban on the advertising, promotion and sponsorship of tobacco products, meaning that cigarettes cannot even be on show inside shops. Vapes and e-cigarettes are also subject to tighter new restrictions, particularly indoors.
Russia bans smoking on balconies
The Pan American Health Organisation has welcomed the step and applauded the Mexican government for implementing the ban.
The organisation says that tobacco use is the single most preventable cause of death in the world, responsible for nearly a million deaths in the Americas each year, either through direct consumption or exposure to second-hand smoke.
However, some smokers are dismayed at the draconian nature of the new law. In essence, it means that many will only be allowed to smoke in their homes or other private residences. Others have raised questions about the practicalities of enforcing the law. With police corruption so rampant in Mexico, many fear that rather than issuing real fines or punishments for smoking in public, some officers will use it as a pretext for taking bribes.