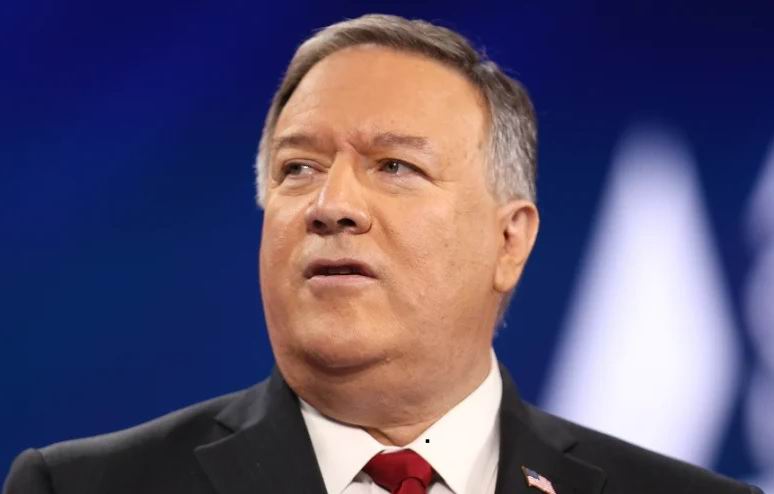 KABUL (Khaama Press): Mike Pompeo, the former United States secretary of state has blamed Ashraf Ghani, Afghanistan’s former president for failing the US-led peace process and putting Afghan people in immense trouble.
While speaking at the University of Chicago earlier in the week, Mr. Pompeo explained how the US wanted its negotiations with the Taliban to have led to a peaceful transfer of power in Kabul, but it did not happen because the then president Ashraf Ghani did not want it to succeed.
Mike Pompeo served as the US secretary of state in the Trump administration and closely supervised the US-Taliban talks that began in Doha in 2018.
In his remarks, Mr. Pompeo said that it took us some time to eventually get all Afghans to the negotiation table, and yet it was Ghani who did not like that the US convened with the Taliban and that’s why he opposed the deal as well.
“The US succeeded in bringing all Afghans together, including the Northern Alliance, women’s rights group, and the human rights group. We were quite an optimist that we had begun to head down the road, but it was going to take some American presence there to do it,” Pompeo said.
However, President Ghani was not up for it, which is why the peace process ended in a complete failure. Unlike Zelensky, who chose to stay with his people and fight the Russian aggression, Ghani fled the country in safety, now living a very nice, and peaceful life, Pompeo stated.
Prior to this, political experts, analysts, commentators, and Afghanistan’s general public harshly criticized Ghani for taking such a cowardly decision by fleeing the country and leaving his people behind. May believe he could have stepped down and compromised with the Taliban and other stakeholders on a peaceful transfer of power instead of landing the Afghan people in such a desperate situation, where hunger, poverty, and unemployment have forced people to even sell their children to survive.
Others believe that Ashraf Ghani’s name will be recorded as a “traitor” in the modern history of Afghanistan for what he did to his people at the very end of his tenure.