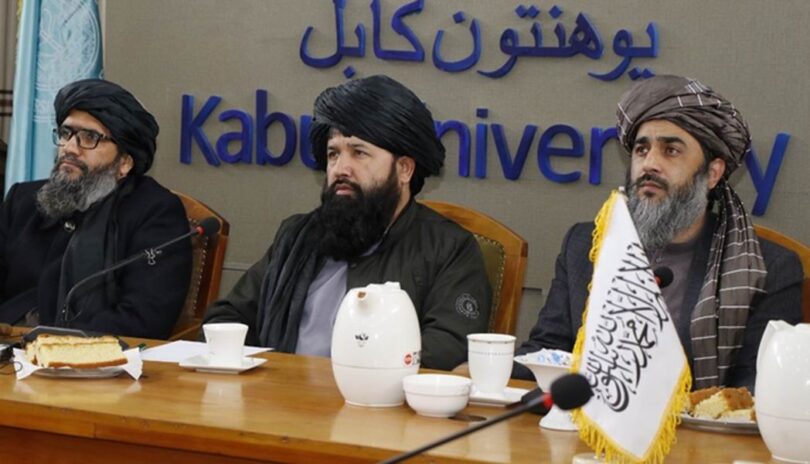 KABUL (Agencies): Acting Higher Education Minister, Neda Mohammad Nadeem, attending on a Scientific Council of Kabul University meeting stressed on the capacity development of the country’s universities.
Dr. Osama Aziz, President of Kabul University shared a series of problems, suggestions and proposals with the Acting Minister of Higher Education in mandate to improve specialties as much as possible, according to a statement.
Minister Nadeem shared details on his business trips to different provinces, said that he met with two respected groups of society, scholars and professors of academic institutions, and both groups wanted there was a gap between modern science and religion.
He said that the Ministry of Higher Education is committed to equipping and increasing the capacity development in the country’s universities.
The Acting Minister Nadeem visited the laboratories, public library, online resource center and other departments of this university, while attending the council Tuesday.