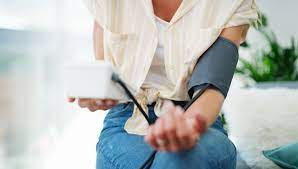 ISLAMABAD: When Tracy Madsen talks casually to other women about their health worries, whether patients, friends or family, she is sometimes surprised to hear how frightened they are about getting breast cancer, while they rarely mention stroke.

“Though breast cancer is, of course, a valid concern,” said Madsen, associate professor of emergency medicine and epidemiology at Brown University, “I don’t think many women are aware that stroke is the third leading cause of death of women in the United States, and that it causes about twice as many deaths in women every year than breast cancer.”

According to the American Stroke Association, a division of the American Heart Association, stroke kills more than 85,000 women each year and women experience about 55,000 more cases of stroke annually than men. And while women are more likely to survive a stroke, research shows they often have poorer recoveries, meaning they suffer more disability and an impaired quality of life than men do after an attack.

“Women have worse outcomes,” said Cheryl Bushnell, professor of neurology at Wake Forest University School of Medicine, adding that their prognosis often depends on their age – elderly women have more problems – along with how well they functioned before their stroke. “Were they using a walker before their stroke? Are they frail? Did they have less muscle mass, or heart or kidney disease? The more comorbidities [two or more medical conditions], the worse the outcome.”

In addition, women are more likely than men to “develop post-stroke depression and cognitive impairment,” said Louise McCullough, the Roy M. & Phyllis Gough Huffington distinguished chair of neurology at the University of Texas Health Science Center in Houston. “There is a direct connection between dementia and stroke – if you suffer a stroke, you are many times more like to develop dementia. It’s important to know that one of the key reasons people end up in nursing homes is because of vascular disease and dementia.”  (Online)