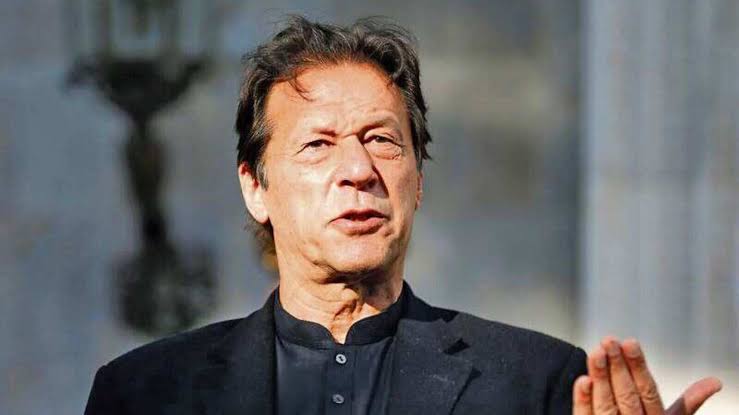 LAHORE (INP): Former premier and Chairman Pakistan Tehreek-e-Insaf (PTI) Imran Khan has alleged that the party lawmakers are being threatened and offered money to part ways with the political party. Imran Khan made the statement while addressing a session of Punjab’s parliamentary party.
He praised PTI Members of the Provincial Assembly (MPAs) for attending the session in large numbers despite facing difficulties in movement owing to the foggy condition in Lahore. The party chief said that he is fully aware of how PTI MPAs are being pressurised and offered money to part ways with the political party. He also praised Pakistan Muslim League Quaid (PML-Q) lawmakers and Punjab Chief Minister (CM) Pervaiz Elahi for not accepting the pressure.
“These people were also asked to part ways with the PTI and join the side of PML-N (Pakistan Muslim League Nawaz).” He alleged that PTI lawmakers and its allies are being told that they marked a red line on Imran Khan and they are going to minus Imran Khan.
“Pakistan belongs to the Pakistanis. Only Pakistanis can mark a red line on someone but anyone else. If some people are arrogant enough to think about redlining any personality then they have no sense of politics, neither they read the history nor care for the country.” He said that not a single political party gains such popularity in Pakistan as compared to the PTI. Khan said that those who are having any doubts should watch the videos of his 65 power shows. He said that millions of nationals came out of their houses to resist the toppling of the PTI government via a conspiracy.
He said that the nationals had also backed PTI in the Punjab by-polls and gave a clear message to the powerful circles. He said that all tactics were used to force the nation to accept the ‘thieves’ as their rulers, but they all failed.