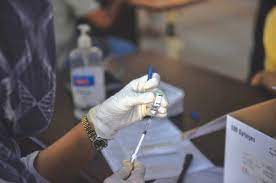 The petition stated appellants are the naturally born bonafide citizen of the Islamic Republic of Pakistan and are fully and equally, on equality basis, entitled to all basic and fundamental rights as enshrined in the fundamental law of the land, interpreted, guaranteed and enforced by the laws and law courts of the land.

The superior courts of the land have always deplored, deprecated and discouraged unfettered exercise of discretionary powers vested in public functionaries. It is the cherished principle of law that where the law requires a thing to be done in a particular manner then that is to be done in that manner and not vice-versa.

Before going to vent out spleen upon the injustices metted out to the appellants in the form of providing illegal and unwarranted provisions therein it would be appropriate to laid down the relevant provisions of law. Section 16 provides for the service and career of employees.