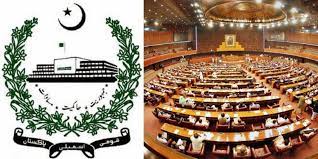 ISLAMABAD: The spokesperson of the National Assembly on Sunday assured the parliamentarians of the Pakistan Tehreek-e-Insaf (PTI) to call them to confirm their resignations which have already been tendered to the Speaker.

The spokesperson said in the letter that the every MNA of the PTI will have to personally confirm his resignation as they will be called under paragraph (B) of sub-rule 43 of the Rules of Procedure of the National Assembly, 2007 for confirmation of the resignations. It may be recalled that PTI members of the National Assembly were invited to the Chamber of the NA Speaker for confirmation of resignations from 06 to 10 June 2022. And, despite being formally invited, no member of the PTI came to the Speaker’s office to confirm his or her resignation. (NNI)