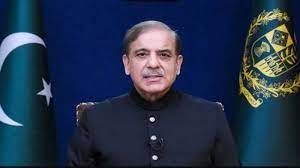 ISLAMABAD: Prime Minister Shehbaz Sharif on Sunday hailed and paid tribute to the five Pakistan Army’s soldiers who embraced martyrdom in Balochistan. In a tweet on social media platform Twitter, he said, “Heart-wrenching news from Balochistan about martyrdom of five soldiers including an Army Captain.”

“The nation pays its tributes & respects to our heroes who laid down their lives for Pakistan. The perpetrators of terrorism will be brought to justice. Let there be no mistake about it,” he added. (APP)