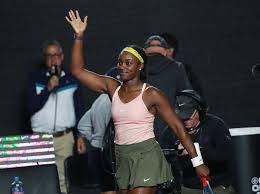 Stephens, 29, won the 2017 U.S. Open title but has struggled to make an impact on the grandest stage since and will hope Roig can help her rediscover her top form in the new season having worked with him briefly in the past.

Roig was part of 22-times Grand Slam champion Nadal’s team for the last 18 years and said last Friday he would to leave to start a new project with more than one player. Nadal has since appointed Argentine Gustavo Marcaccio to his coaching staff.

“Happy to have Francis Roig join my team as my new coach,” Stephens said on Twitter. “Here’s to a successful journey together, let’s get to work.”

Stephens won the seventh WTA singles title of her career at Guadalajara, Mexico this year — her first title since 2018. She also reached the quarter-finals of the French Open where she lost to fellow American Coco Gauff.