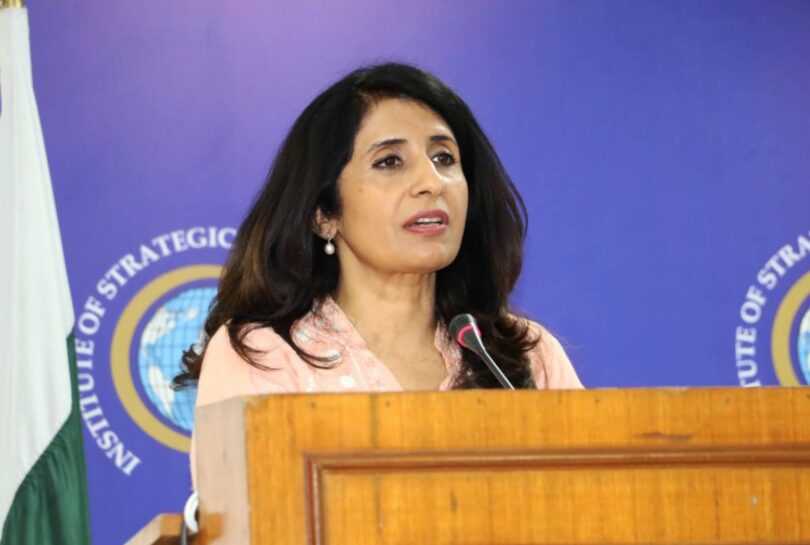 The Spokesperson Pakistan’s Foreign Office, Mumtaz Zahra Baloch has said that Pakistan believes in a peaceful neighborhood and it will continue engagement with Afghanistan on different issues for regional peace and stability. According to her, the government would take all requisite steps to protect the Country’s sovereignty and citizens and will definitely defeat the menace of terrorism again.

The geostrategic stability and regional peace had shattered after the recurrent incidents of cross-border terrorism and attacks on Pakistani border check posts and civilian populations from Afghan soil over the past weeks. The government of Pakistan had sensitized the Afghan interim authorities about the safe heavens of terrorist outfits inside Afghanistan and also raised the issue of continuous attacks on Pakistani security forces from across the Pak-Afghan border but Afghan rulers mostly display a cold shoulder and never took the case seriously through blatantly denial of the presence of any terrorists hide out in their country. In fact, such legacy was an utter violation of the global law as well as Doha agreement, however, who cares about the global law and Geneva Convention.

After the Bannu terrorist attack, Pakistan has categorically told the Afghan rulers that Pakistan would not tolerate such terror incidents any more in the future and would use all available options and resources to eradicate the menace of terrorism, its safe heavens, facilitators, and sympathizers.

Presently, Pakistan’s weakness lies in its internal security and economic fragility that needs to be addressed at urgent basis without any compromise.