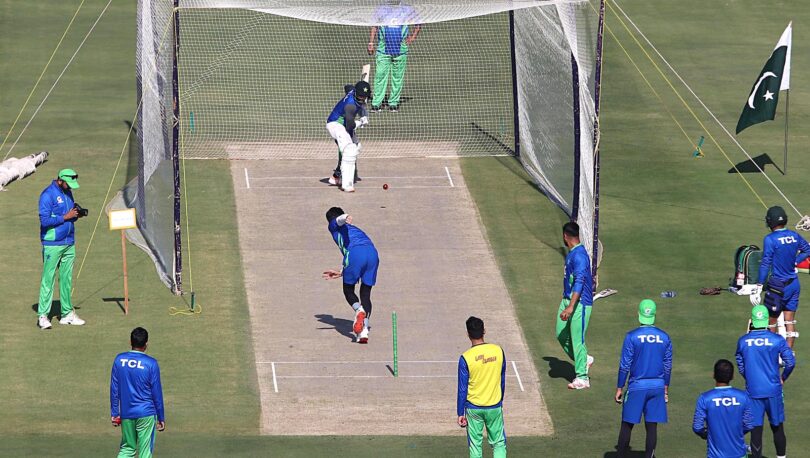 KARACHI: Injury-hit Pakistan face the dread of a first-ever series whitewash at home when they meet a rampant England in the third and final Test in Karachi from Saturday.

The Babar Azam-led home team have run into an England side in fine form, thriving with an aggressive approach that has earned them eight wins from their past nine Tests.

On their first Test tour of Pakistan since 2005, England won the first match by 74 runs in Rawalpindi before pulling off a tough 26-run win in the second that finished in Multan on Monday.

Pakistan’s problems are compounded by injuries to their three main fast bowlers, with world-class spearhead Shaheen Shah Afridi ruled out with a knee injury even before the start of the series.

Replacement Haris Rauf hurt his right quadriceps during the first Test, while Naseem Shah has not recovered from a shoulder injury sustained before the second Test. Under-pressure Azam put on a brave face Thursday despite facing a clean sweep.

“We missed out on crucial chances in both the matches, which cost us,” said Azam. “But the boys are eager to bounce back and we enjoy a good record in Karachi, so I am pretty sure that we will bounce back.”

England’s victory in Multan was hard-earned because they were defending a 355-run target on a pitch that helped spinners on the first two days but slowed down on the third and fourth.

Express pacer Mark Wood grabbed 4-65, including the crucial wickets of Saud Shakeel (94) and Mohammad Nawaz (45), after the home team needed 157 for victory on the fourth day.

The win gave England their first series victory in Pakistan for 22 years, although they haven’t toured since 2005 because of security issues. Although they have dismissed Pakistan in every innings so far, England’s victories have been built on their aggressive batting — dubbed “Bazball” after the nickname of new coach Brendan McCullum. Setting big targets has given the bowlers time to dismiss the opposition and, while it is working so far, skipper Ben Stokes is being realistic.

“Coming to the subcontinent, it’s always a tough place to come and win,” Stokes said after the Multan victory. “One thing we do is we stay in the moment. Basically just always stay in the moment.” With the series wrapped up and another spin-friendly pitch likely at Karachi’s National Stadium, England may bring in exciting, uncapped 18-year-old leg-spinner Rehan Ahmed for Will Jacks.

Pakistan are considering bringing back former captain Sarfaraz Ahmed to add experience to a faltering batting line-up, while bowler Mohammad Wasim Junior may debut in place of Mohammad Ali, who was wicketless in Multan.

England’s only 3-0 clean sweep in the sub-continent came against Sri Lanka in 2018, while Pakistan have never lost every match of a series at home against anyone.