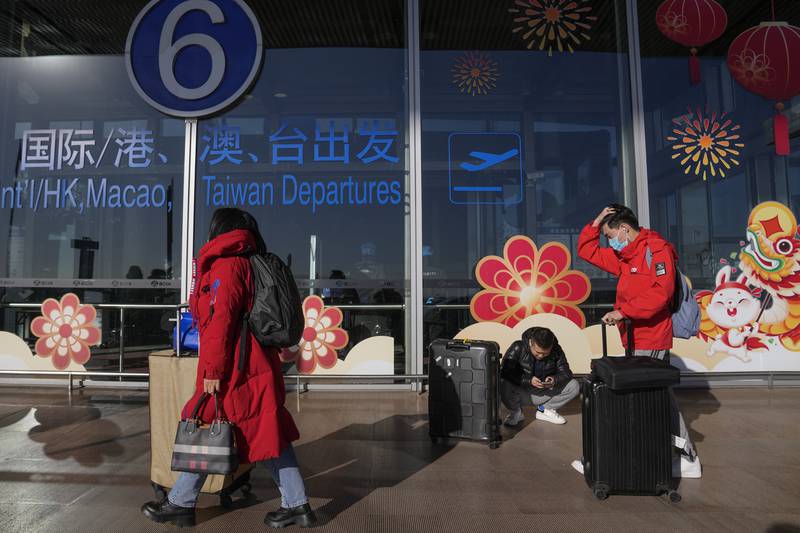 Just as mandatory PCR testing for travellers had become a thing of the past in many parts of the world, regulations are being reintroduced as Covid-19 cases surge once more.

Much of this is driven by the spike from China, after Beijing dismantled its zero-Covid policies, including regular PCR testing of its population, triggering concern around the world.

The US, Australia and UK, for example, will impose PCR testing requirements on any travellers coming from China as of Thursday. The US and Australia’s guidelines also cover Hong Kong and Macau.

From Sunday, France will carry out random PCR tests on some travellers arriving from China, while other countries also joining in include Italy, Spain, Malaysia, South Korea, Taiwan and Japan, which has only recently reopened its borders to international travellers.

Morocco has taken this one step further by banning all travellers arriving from China as of Tuesday, “to avoid a new wave of contaminations in Morocco and all its consequences”, said the foreign ministry.

Meanwhile, India has broadened its regulations by making RT-PCR tests mandatory as of Sunday for people arriving from China, Hong Kong, Japan, South Korea, Singapore and Thailand. Travellers from these countries have to take a test 72 hours before departure.

The country’s existing practice of random testing of 2 per cent of international arrivals will continue.

Pakistan’s Civil Aviation Authority has also announced the screening of 2 per cent of passengers arriving in the country from international destinations. “Where needed, RAT and PCR tests are being conducted too,” the authority said on Twitter, urging passengers to keep their vaccination certificate on them at all times while at the airport.

In the Philippines, authorities intensified Covid-19 monitoring for travellers from China, thoroughly reviewing health declaration forms and intercepting symptomatic passengers upon arrival. “Following the recent increase in Covid-19 cases in China, there is a need for the country to intensify the monitoring and implementation of border control protocols for incoming individuals, especially from China, at all ports of entry,” said the Centres for Health Development.

A call for the reinstatement of testing for inbound travellers from high-alert countries has also been issued by the country’s Department of Health.
China’s first national Covid-19 wave

China said last month it would end mandatory quarantine for people arriving in the country and that it had abandoned strict measures to contain the virus.

This has led to the county’s first national Covid-19 wave, almost exactly three years after the first infections were recorded in the Chinese city of Wuhan in late 2019.

As many as 248 million people, nearly 18 per cent of the population, are thought to have contracted the virus in the first 20 days of December, according to minutes from a meeting of China’s National Health Commission.

But the World Health Organisation has questions about Beijing’s data reporting and has urged authorities to share real-time data about the surge in cases so other countries can respond accordingly.

Currently, there are low official figures on cases and deaths despite some hospitals and morgues being overwhelmed according to media reports, leading nations across the world to impose these new travel restrictions.

Andrew Pollard, chairman of the Joint Committee on Vaccination and Immunisation in the UK, however, said the imposition of travel restrictions was unlikely to stop variants spreading.

“Trying to ban a virus by adjusting what we do with travel has already been shown not to work very well,” he told the BBC Radio 4 Today programme.

“We have seen that with the bans on travel from various countries during the pandemic.

“The important thing is that we have surveillance that, when a virus is spreading within our population here in the UK or Europe, we are able to pick that up and predict what might happen with the health systems and particularly the more vulnerable in the population.”