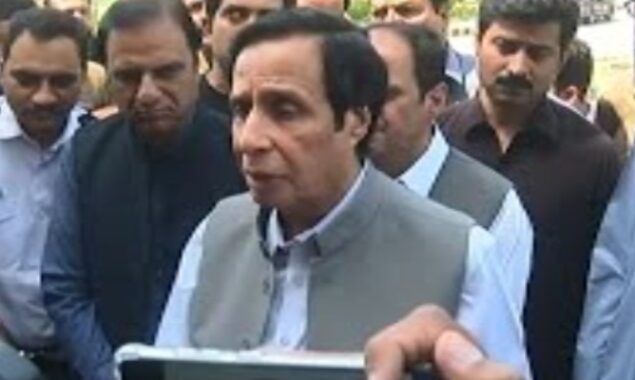 LAHORE (NNI): Punjab Chief Minister Pervaiz Elahi has decided to attend a session of Punjab Assembly (PA) tomorrow after the submission of no-confidence motion.
According to details, the chief minister decided to attend the PA session as Pakistan Muslim League-Nawaz (PML-N) and Pakistan People’s Party (PPP) submitted no-confidence motion against him.
CM Pervaiz Elahi would meet Punjab Assembly Speaker Sibtain Khan and also chair a joint parliamentary meeting of Pakistan Muslim League-Quaid (PML-Q) and Pakistan Tehreek-e-Insaf (PTI).
In a statement, Elahi said that PML-Q and PTI are and will always remain allies. “We will jointly fight the no-trust move and thwart every Pakistan Democratic Movement’s (PDM) moves,” he added.
“No conspiracy can stop the ruling Punjab government from serving the people”, he said, directing the all lawmakers of PTI and PML-Q to attend the session tomorrow.
It is pertinent to mention here that a session of the Punjab Assembly (PA) was adjourned till December 23 (Friday) without any proceedings amid ruckus by opposition. PA Speaker Sibtain Khan adjourned the session of Punjab Assembly till Friday without any proceedings. The quorum was not fulfilled and the session was lasted for only 15 minutes.
Earlier, Pakistan Muslim League Nawaz (PML-N) and Pakistan People’s Party (PPP) submitted no-trust motion against Punjab chief minister, speaker and deputy speaker to the provincial assembly’s secretariat. While talking to ARY News, PML-N leader Khawaja Imran Nazir confirmed the development. He claimed that the opposition parties will give a good surprise to the people of Punjab. He confirmed that the particulars related to the no-trust motion were received by the PA secretary. Nazir said that the no-confidence motion was submitted in accordance with the law after completing the required numbers.
The development came after Imran Khan announced to dissolve Punjab and Khyber Pakhtunkhwa (KP) assemblies on December 23.
The former premier announced the decision while addressing the nation alongside the Punjab and Khyber Pakhtunkhwa chief ministers (CM), Pervaiz Elahi and Mahmood Khan, respectively.
Imran Khan thanked the two provincial chiefs for their cooperation with his party, and said he had consulted PTI’s lawyers about the move, adding that the Constitution did not allow elections to be delayed beyond 90 days of an assembly’s dissolution.