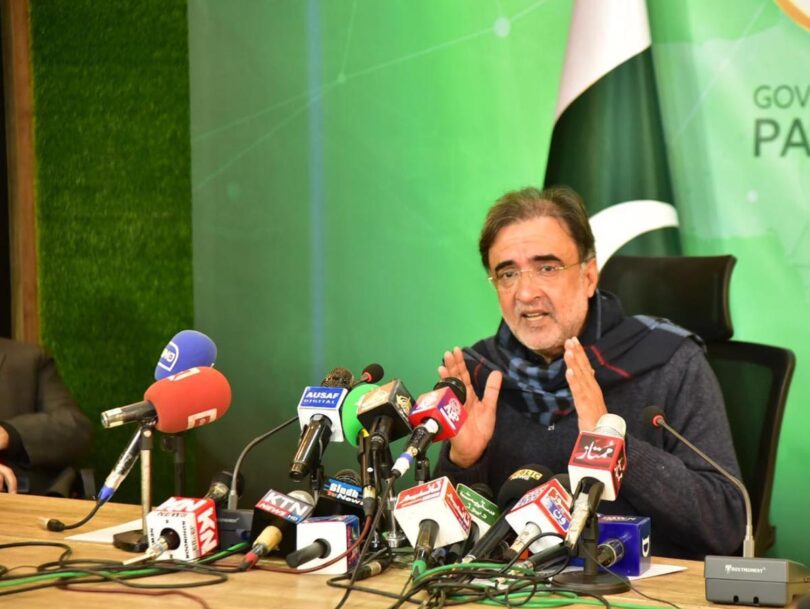 Addressing a press conference here on Monday, the Advisor blamed the previous regime had scrapped the image of the country at the world level due to its failed diplomatic policies but the incumbent government taking various steps to restore it.

Kaira said due to the best diplomacy Pakistan was capturing space again at the international level which was damaged by the previous regime. It was for the first time in the history of the country that a delegation of the Organization of Islamic Cooperation (OIC) visited the Line of Control (LoC) along the Indian Illegally Occupied Jammu and Kashmir (IIOJK) and also the United States acknowledged the stance of Pakistan on Kashmir Issue.

He also alleged that Chairman Pakistan Tehreek e Insaf (PTI) Imran Khan believed in politics of violence and chaos but he would never succeed in his mission.

The Advisor noted that the recent resurgence in terrorist incidents in Khyber Pakhtunkhwa and Balochistan was intended to stop the progress of the country but they would never succeed in their nefarious designs, he added.

“We have already rendered many sacrifices for countering terrorism but the sacrifices of the security forces will remain indelible,” Qamar Zaman said. Due to the hectic efforts of the coalition regime, Pakistan was removed from the Financial Action Task Force (FATF) Grey list, he added. (APP)