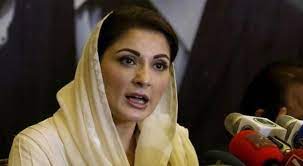 LAHORE: The programme of Pakistan Muslim League-Nawaz (PML-N) senior vice president Maryam Nawaz’s homecoming has been finalised and one-and-a-half-month schedule has been prepared for the reorganisation of the party upon her arrival.

Sources privy to the development said Maryam Nawaz would announce a political action plan at a press conference upon her return, while the provincial leadership would be with her during the organisational tours.

“The return of party supremo and former prime minister Nawaz Sharif will be announced after concluding organisational tours and the PML-N senior vice president will announce date for the former PM’s return,” sources said.

Sources said Ameer Muqam and Murtaza Javaid Abbasi had been included in the board from Khyber Pakhtunkhwa. Parliamentary board would choose candidates and distribute party tickets.

Earlier, speaking to media in London on Friday, Minister for Interior Rana Sanaullah said the PML-N would contest elections will full preparation and party supremo and former prime minister Nawaz Sharif had finalised names for the board. He said consultation was held on elections in London and Nawaz Sharif had finalised names for party’s parliamentary board.

The minister said Nawaz Sharif would chair a meeting of the board and interview candidates. Mr Sharif, he said, would lead the election campaign in Pakistan.

Mr Sanaullah said six to seven officials would resign from their positions to run election campaign, adding that Maryam Nawaz would return to Pakistan this month.