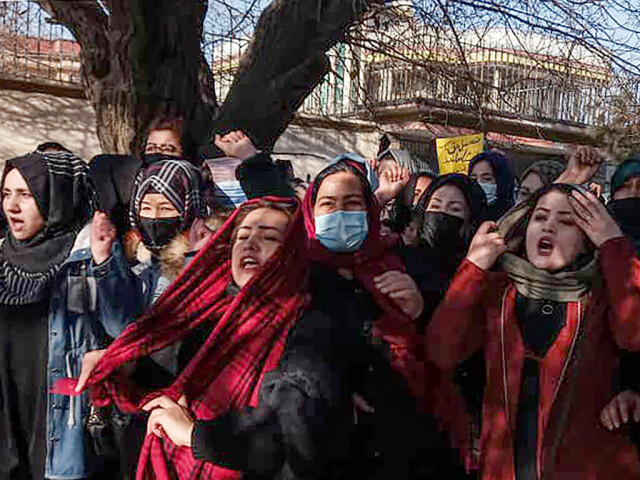 KABUL (Tolo News): Dozens of women held a protest in Kabul in reaction to the Islamic Emirate’s announcement of the suspension of universities for female students.
The protesters called for women’s access to education and work, hinting that they would continue protesting until their wishes are fulfilled.
“Based on the statement of the Taliban, which they released yesterday, universities will be closed for an unknown period of time. We are protesting for this and we want to be the voice of the Afghan female students,” said Julia Parsi, a protestor.
“We held the protest titled education for all, or education no one,” said Basir Hossaini, a protester.
This comes as several religious scholars called on the Islamic Emirate to reopen schools and universities for women and girls.
“From the perspective of Islam, men and women have the right to study, learn and educate. It means they have the right to study and educate,” said Ahmad Rahman Alizada, a religious cleric.
“When a human lacks education, how would he know his God? This is education that takes a human out of foolishness and darkness and directs him or her to brightness,” said Mohammad Yusuf, a Kabul resident.
The suspension of universities for female students was announced by the Ministry of Higher Education, a decision that sparked widespread reactions at national and international levels.