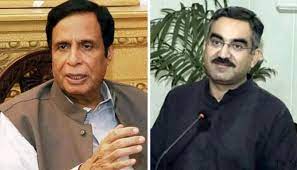 LAHORE: A PTI provincial minister has resigned from his post following his bickering at the Punjab Cabinet meeting, on Saturday.

Sources said soon after his spat with the CM, Dreshak left the cabinet meeting in protest.

They revealed that many ministers wanted to address the meeting at the same time but the chief minister insisted on the decorum. He said that only one minister could address the attendees at one time.

Despite the CM’s instructions, Dreshak continued his speech.

Chief Minister Elahi tried to stop him, but the incensed Dreshak threatened to resign and left the meeting.

Sources said as soon as he left the meeting, Dreshak sent his resignation.