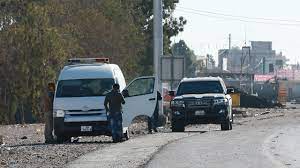 AMMAN (AFP): Jordan has arrested dozens of people accused of involvement in protests against rising fuel prices in which a senior police officer was gunned down, the country’s security agency said Saturday.

Col. Abdul Razzaq Dalabeh, the deputy police chief of Maan province, died of a gunshot to the head in the town of Al-Husseiniya on Thursday while confronting what the authorities called “riots.”

“Forty-four people who participated in the riots in a number of regions in the kingdom have been arrested and they will be brought before courts,” the Public Security Directorate said in a statement.

It said reinforcements had been sent to the provinces, and accused “vandals and outlaws” of being behind violence in Maan, in the country’s south.

Jordan’s King Abdullah II warned on Friday that “anyone who raises a weapon against the state will be dealt with firmly.”

Interior Minister Mazen Al-Faraya, also on Friday, said “the security services are working to arrest the perpetrator and bring him to justice as soon as possible.”

Two other policemen were shot and wounded, also in Al-Husseiniya, the security directorate said.

Cab and truck drivers in several provinces of southern Jordan began strike actions more than a week ago.

They were joined by bus drivers, and merchants who closed their shops on Wednesday to protest higher fuel costs.

Protests broke out this week when demonstrators blocked roads with burning tires and confronted security forces in some areas.

Fuel prices have nearly doubled in Jordan compared with a year earlier, particularly the diesel used by trucks and buses, and kerosene for heating.

The government has proposed relief measures including financial aid for the most-affected families.