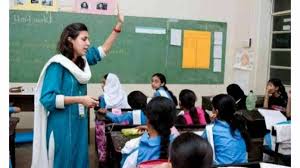 LAHORE: Following the demand of the parents, the Punjab government has decided to further extend the winter vacations in schools for one week.

According to local news channel report, the winter holidays in all public and private schools in Punjab province will be extended from January 9 to January 15.

The channel report said the decision to extend the vacation by one week has been taken on the strong demand of the parents.

Earlier, school holidays have been extended only till January 8 following the severe cold and smog in Punjab.

However, there was a demand from the parents to extend the holidays by one more week from the school education department.

The channel report said that the School Education Department Punjab is reviewing the entire situation regarding the extension of the holidays.