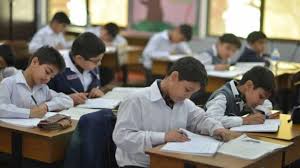 LAHORE: The Punjab government on Sunday announced that the public and private schools would open on Monday (today).

Punjab Minister for School Education Murad Raas announced the opening of the schools across the province from Jan 9.

Dispelling the rumors widespread that the government has increased the winner holidays for one week further, the minister tweeted the announcement, “Schools are open tomorrow. All the rest are fake news. Believe this. Welcome back”.

Earlier, it was expected that following the demand of the parents, the Punjab government would increase the winter vacations in schools for one week.

The government extended the school holidays from Jan 2 to 8 following the severe cold and smog in Punjab.