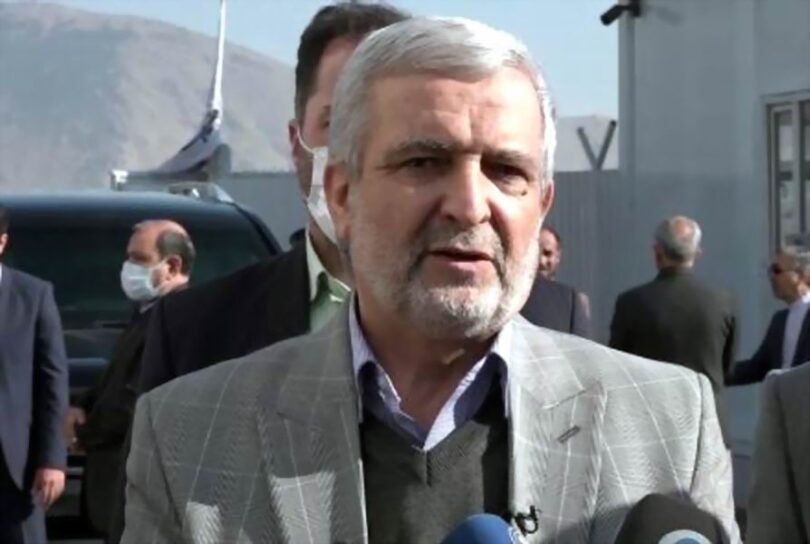 KABUL (TOLOnews): Iran’s special envoy for Afghanistan, Hassan Kazemi Qomi, will take charge of the Iranian embassy in Kabul as the tenure of Bahadur Aminian, the current ambassador, is coming to an end.
The media officer of Iran’s embassy in Kabul, Sayed Abbas Badrifar, told TOLOnews that Qomi will start his job after administrative procedures are completed.
According to Badrifar, the mission of Bahadur Aminian has ended.
“Mr. Kazemi Qomi has been appointed as the new head of the embassy. He will come to Afghanistan after completing administrative procedures,” Badrifar said.
Political analysts said that Qomi will play a crucial role in the improvement of relations between Kabul and Tehran.
“I think Iranians are trying to give the responsibility to those who are familiar with Afghanistan so that they can accomplish their policies for Afghanistan,” said Javid Sangdil, a political analyst.
“He can have a positive and good role in improving relations, solving Afghan refugees’ problems as well as in trade and transit,” said Aziz Maarej, a former diplomat.
The Islamic Emirate has welcomed the appointment of Qomi as head of Iran’s diplomatic mission in Afghanistan.
“We believe that this new change will benefit the two countries. We don’t have any observations on this. This is the right of a country to change its ambassador but we stress on relations of the two countries and the relations will be maintained,” said Zabiullah Mujahid, Islamic Emirate’s spokesman.
Qomi, who is Iran’s special envoy for Afghanistan and visited Kabul last year. He has served as Iran’s consulate in Herat province in the west of the country.