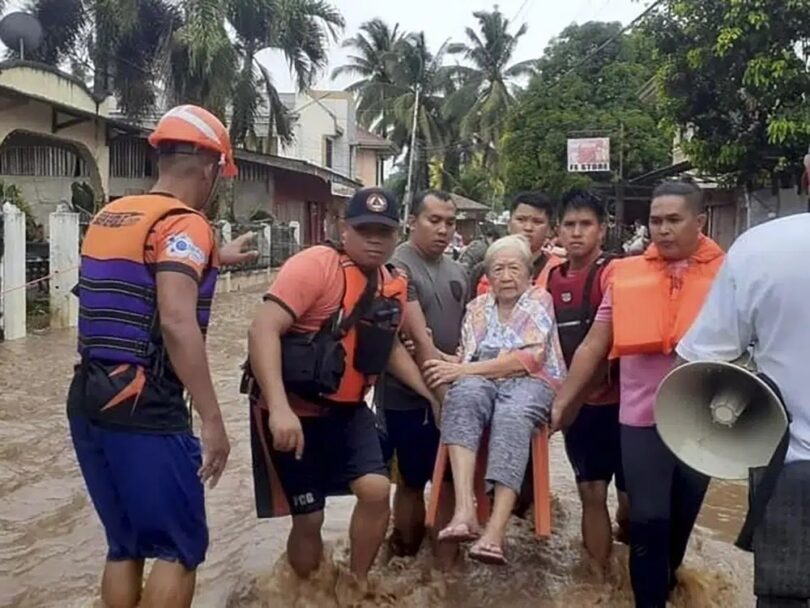 MANILA, Philippines (AP) : Heavy rains and floods that devastated parts of the Philippines over the Christmas weekend have left at least 29 dead and 25 missing, the national disaster response agency said Wednesday.

More than 86,000 people were still in emergency shelters after bad weather disrupted Christmas celebrations in the eastern, central and southern Philippines.

Images from the southern province of Misamis Occidental showed rescuers carrying an elderly woman on a plastic chair as they waded through a flooded street. Some residents in the province were seen hanging on to floaters as coast guard rescuers pulled them across chest-deep floods using a rope.

Eighteen of the 29 deaths were reported in the Northern Mindanao region, while 12 of the 25 missing were from Eastern Visayas in the central Philippines, the National Disaster Risk Reduction and Management Council said.

Most of the deaths were from drowning while among the missing were fishermen whose boats capsized, the agency said.

Over 3,200 houses were damaged by the floods along with roads and bridges, and some areas were without power or water, the agency reported.

A shear line — the point where warm and cold air meet — triggered rains in parts of the country, the state weather bureau said. A new low pressure area may bring moderate to heavy rains within the next 24 hours to the same areas affected by the floods, it said.