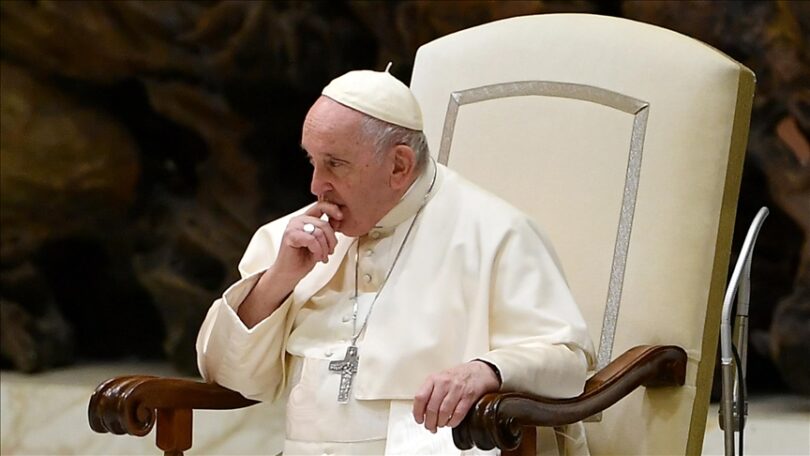 ROME (AA): Pope Francis said on Wednesday that his predecessor Pope Benedict is “very ill” and asked the faithful to pray for the 95-year-old former pontiff.

Francis made the appeal for the pope emeritus at the end of his weekly public audience at the Vatican.

“I ask all of you (to say) a special prayer for the Pope Emeritus Benedict, who, in silence, is sustaining the church,” Francis said.

“Remember him – he is very ill – asking the Lord to console him and to sustain him in this testimony of love for the church until the end,” he added.

In 2013, Pope Benedict XVI made an almost unprecedented decision to resign from his position, citing his advanced age.

Benedict was the first pope to decide to step down – rather than pass on his mantle after death – in nearly 600 years. In 2020, the Vatican said Benedict had suffered from a “painful but not serious condition” following German press reports that he was sick.

Taking journalists’ questions following Francis’ comments, Vatican spokesman Matteo Bruni confirmed that “in the last few hours, there has been an aggravation” in Benedict’s condition due to advancing age.

Bruni added that the situation at the moment “remains under control” and Benedict is being “followed constantly by the doctors.”

After his weekly audience, Francis went to the Mater Ecclesiae monastery to visit the ailing Benedict. ​​​