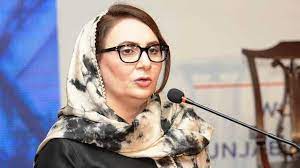 In a statement, she requested that the Election Commission to take action instead of accepting the petitions filed by the PTI.
Cheema further said that the future of turncoats is disqualification, adding that the masses will hold turncoats accountable in the forthcoming elections. The spokesperson went on to say that those who bought the members of the assembly will not get anything.

She said that the Pakistan Tehreek-e-Insaf (PTI) is united under the leadership of the chairman Imran Khan against the thieves, adding that those who have sold their conscience will not be taken back in the party under any circumstances.(NNI)