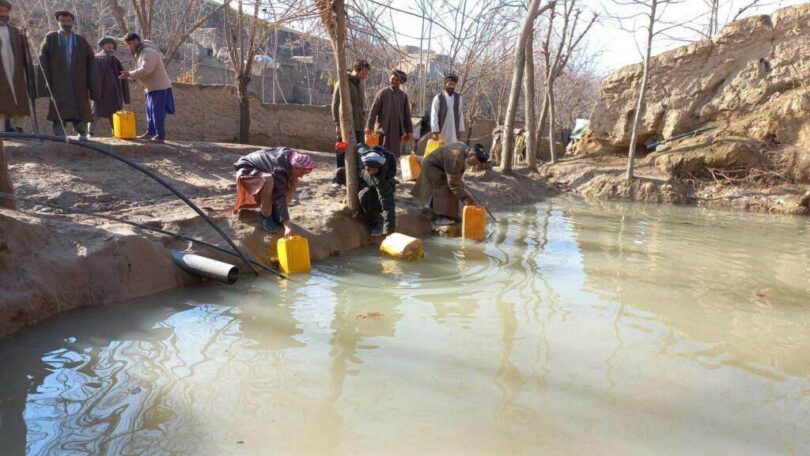 TALOQAN (Pajhwok): A number of residents of Khwaja Ghar district in northern Takhar province have complained against the lack of clean drinking water.
They said their children suffered from kidney problems due to consuming unhealthy water.
Islamuddin, a resident of Hazar Bagh area, told Pajhwok Afghan News: “We have been deprived of safe drinking water for years, my children have been affected by kidney problems for the last two years, and I’m unable to treat them.”
He said he visited hospitals many times and diagnosis showed dehydration.
Faizullah, another resident, said: “I’m 40 years old now, I have not been benefited from clean drinking water so far, we had several times shared the issue with previous government but had no result.”
People of this area collected water from snow and rain due to lack of potable water, he added. He urged the caretaker government to address the problem in the earliest possible.
Abdul Karim, another resident, said: “Due to lack of clean drinking water, our children were suffering from different diseases in the four seasons.”
However, Mohibullah Hamid, head of rural rehabilitation and development department, acknowledged the issue of lack of water in Hazar Bagh area.
He termed negligence of the former government the cause behind the matters and gave assurance the department would take action.