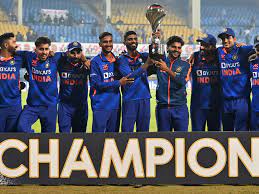 Rohit, who recorded his first ODI century since January 2020, and Gill stood out in the highest opening partnership by any team against the Kiwis in the 50-over format, surpassing the 201-run stand of Virender Sehwag and Gautam Gambhir in 2009.