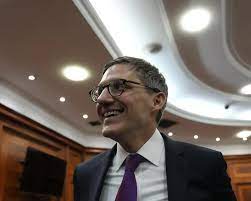 A Senior US official expressed strong concern about the activities of the Russian private military contractor Wagner Group and its alleged recruitment campaign in Serbia and other parts of the world. According to the reports, American officials voiced these concerns during talks with Serbian President Aleksandar Vucic in Belgrade in recent days.

Founded by a close aide of Russian President Vladimir Putin and a Russian billionaire in early 2014, the Russian Wagner Group played an important role in Crimea’s annexure with Russia, The highly publicized and most notorious Russian private military firm, suddenly became a great challenge for the western nations particularly the United States because of its effective presence, and secret operations in Ukraine, Central African Republics (CAR) and Mali in recent years. Wagner fighters took part in the battle of Danboss alongside pro-Russian forces in self-Declared Donetsk and Luhansk People’s Republics after Russia initiated its special military operation in Ukraine. Currently, the Wagner Group has over 50,000 mercenaries equipped with the latest arms and ammunition while a majority of them are currently fighting agaisnt the Ukrainian military on the Bukhmut and Soledar battlefronts.

Historically, the Russian private military Wagner Group is a Kremlin’s well-thought response to the American private army Blackwater which is currently being known as Xi Services, Academi as well as Triple Canopy, which was established by a former US Navy SEAL nearly three decades ago. Over 20,000 strong Black water has played a crucial role in the US military campaigns abroad and global conflicts across the world including Iraq, Afghanistan, Syria, and Libya. The firm also generated lucrative business through its security and training contracts with the US military, the US Department of Defense, the US Department of State, other governments, and several multinational firms around the globe.

Presently, Putin’s vanguard platoon had successfully expanded its presence in Kremlin’s neighborhood including Ukraine, Belarus, and Central Asian States, while at the same time, the Russian Wagner Group is actively protecting Moscow’s strategic interests in the most dangerous regions in Syria, Libya, and over a dozen African nations such as Mali, Nigar, Sudan, Congo, and Burkina Faso. Besides providing security consultancy and training to the militaries in host nations, the Wagner group is also involved in gold mining, oil and gas exploration, and other profitable businesses in the Middle East and Africa. Currently, the Russian FSB and the Wagner Group have endangered western interests in Africa and offered extreme resistance to Ukrainian forces during the war in Ukraine. Thus, the United States and its allies are struggling to impose global sanctions agaisnt the mercenary group to contain its outreach and reduce its effectiveness in the contesting regions.

The belligerent nations commonly face public criticism and legal complications due to the losses of their military personnel and the misconduct of their soldiers during foreign military campaigns. Thus, powerful nations used to hire private mercenary firms to undertake illegal and extra-constitutional activities to avoid public uproar and global criticism. Although, warring nations are equally hiring assassins, regularly violating global rulers, and unrestrictedly polluting the global environment through poisonous politics and war phobia, simultaneously squealing propaganda against each other. If world leaders pause their toxic politics the earth is no less than heaven.