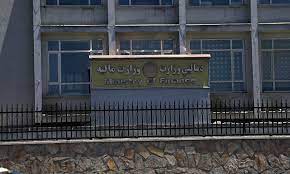 KABUL (Agencies): The Islamic Emirate of Afghanistan’s (IEA) finance ministry says in the last sixteen months, the international sanctions on the Afghan banking system have made the government unable to put Afghanistan on the path of economic growth and development.
Ahmad Wali Haqmal, a spokesman for the Ministry of Finance, has said that these sanctions had the most effects on the people of Afghanistan and that Kabul wants all economic sanctions to be lifted by the international community.
“Over the past 15 months, our major problem was the frozen assets of Afghan people and restrictions on the banking system which has affected our activities and economy,” said Haqmal.
According to the officials of the finance ministry, sanctions have made them unable to undertake large economic projects.
A number of investors, however, have expressed that the flow of money transfer has not returned to normal and that they cannot freely transfer money through global systems.
Economic experts meanwhile have said that the finance ministry should increase its contact and coordination with international financial institutions in order to find a way to solve these problems.
According to economic experts, until financial problems in banks are not resolved and sanctions are not lifted, investors will face problems in their investments in Afghanistan.