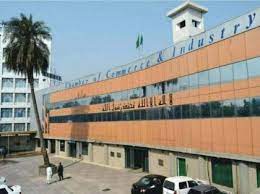 ESHAWAR, Jan18: President, Sarhad Chamber of Commerce and Industry Muhammad Ishaq welcomed the passage of State Bank of Pakistan (Amendment) Bill 2021 with majority of vote, terming it as milestone achievement and important development for the smaller federating units.

Ishaq while chairing a meeting of traders and industrialists here at the chamber’s house on Wednesday informed that the legislation would to rectify unjustified and inequitable credit lending that has been the long-standing demand of the smaller provinces.

Before passage of the bill the loan disbursement by commercial banks against deposits from KP and Balochistan was 1.35% only, which after the passage of bill will increase to about 5%. This will help in more trade and industrialisation in both the provinces, SCCI chief told the meeting.

The chamber’s president lauded the efforts of leading businessmen of Khyber Pakhtunkhwa Senator Mohsin Aziz in the Senate, who presented the SBP (Amendment) Bill 2021 in the Senate.

Furthermore, he praised Senator Mohsin Aziz who had played a pivotal role in this important legislation, which has always served the business community with full dedication and zeal and resolved their issues on priority grounds.

Terming the passage of SBP (Amendment) Bill as milestone achievement, which is long standing demand of smaller provinces, the SCCI chief hoped after the passage of the bill, the economic and trade activities will be boosted up at optimal level that could generate more employment and business opportunities in Khyber Pakhtunkhwa.

Ishaq informed the meeting that the legislation would rectify unjustified and inequitable credit lending whereas it will ensure that the minimum credit/ lending of commercial banks to the private sector for establishing industry and commercial activities in smaller provinces is at par with those provinces’ total deposits.

The SCCI president elaborated that the private sector of smaller provinces of the country especially Khyber Pakhtunkhwa and Balochistan had a long-standing demand to eliminate improper, unjustified, and inequitable credit/lending by the commercial banks in their provinces which is leading to continuous deprivation, disparity and slow progress of industrialization and commercial activities in those provinces.

Ishaq told participants of the meeting that the Senate Standing Committee on Finance in its report laid in the Senate observed that commercial banks cannot be forced to extend loans unless a law exists that demands the same, hence recommending bringing legislation in this regard.

Eventually, the SCCI chief said the legislation was made possible due to concerted efforts of Senator Mohsin Aziz, which had sailed through the upper house of the parliament with majority vote. He called the legislation a biggest achievement and move for the smaller provinces, which would produce tangible and positive results.