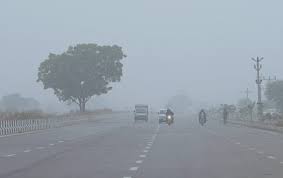 ISLAMABAD: A weather official has forecast severe cold wave in some parts of the country in the last week of December or in January.
“Mostly normal temperature will prevail from December to February,” Chief Meteorologist said. A tendency for below normal rain is likely over the country during this season.

He predicted minimum rainfall in the country till February next year. Dry weather with cold night and misty/foggy morning likely to prevail over most parts of the province especially in upper Sindh, according to the weather forecast.

Minimum temperature in Karachi will remain 13.0 degree Celsius on Tuesday, while it will be between 11 – 13 degree C in the city on Wednesday and 10 – 12 degree Celsius on Thursday. Pakistan Meteorological Deparment PMD in its monthly outlook earlier predicted an overall tendency for normal to below normal precipitation likely over the country during December.

“The rainfall is expected to remain below normal over northern half of the country including northern Punjab, Upper Khyber Pakhtunkhwa, Kashmir and Gilgit-Baltistan” according to the weather outlook.

“Nearly normal rainfall is expected in most parts of Punjab, Balochistan and Sindh during the month,” it said. Dry condition will have negative impact on air quality index in urban (southern and central Punjab) areas of the country, resulting in health issues due to smog.
Clear sky condition would be favourable for the mist/fog formation over plain areas of Punjab and upper Sindh, especially during late night and early morning hours of the day.