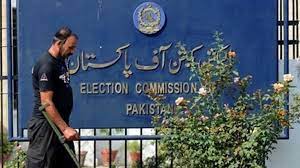 KARACHI: The Sindh government again on Saturday suggested the election commission of Pakistan (ECP) to postpone the LG polls in Karachi and Hyderabad amid security threats.

In a letter to the election commission, the Sindh government requested to postpone LG polls as the number of Army and Rangers personnel required for elections, are not available. The Sindh government has advised the ECP to postpone elections in 8 out of total 17 districts; 7 districts of Karachi and 1 district of Hyderabad. The provincial government have refused to provide security at the polling station. Earlier, MQM-P’s Rabita Committee continued consultations to leave the federal government. The MQM-P top leaders summoned the resignations of the Members of the National Assembly (MNAs).

The ministry took the decision on a request by the Election Commission of Pakistan (ECP) seeking static deployment of FC personnel at polling stations. The date and areas for deployment will be mutually decided by the Sindh government, ECP and FC high-ups, the ministry said.

Earlier on Wednesday last, the General Headquarters (GHQ) had declined to deploy Army and Rangers personnel at polling stations in Sindh. The federal government had informed the Election Commission of Pakistan (ECP) about the GHQ decision. In a letter to the ECP, the Interior Ministry had said that deployment of 20,000 personnel of Army and Rangers was sought at sensitive and most sensitive polling stations but the GHQ had conveyed that they could not spare such a large number of personnel. The ministry in the letter had further stated that the Army and Rangers will be deployed only as a quick response force. (INP)