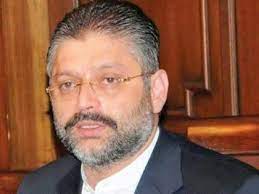 KARACHI: Sindh Information Minister Sharjeel Inam Memon on Wednesday handed over cheques for the endowment fund to the Council of Pakistan Newspapers Editors (CPNE), and Pakistan Federal Union of Journalists (PFUJ), besides giving away a cheque for the grant to Matli Press Club.

The minister said the Sindh government was taking vigorous steps to strengthen journalistic institutions and organisations, and providing facilities at press clubs under the directives of PPP Chairman Bilawal Bhutto Zardari for solving issues of the media and journalists fraternity.

PPP believed that strengthening media and journalists would contribute to stabilizing democracy in the country so it had always taken practical steps for the promotion of media and the welfare of journalists, Sharjeel added. (APP)