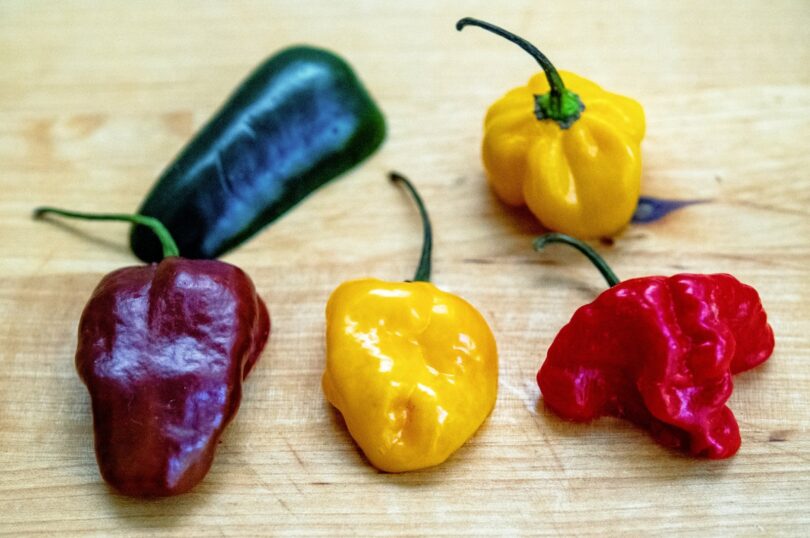 BERLIN (DPA): Almost everyone enjoys a bit of spice on the menu from time to time, but a glass of water may not be enough for some burning dishes and misjudging the dosage of your poison can actually even hurt your stomach.

Some dishes are tongue torchers. Like spaghetti all’arrabbiata, whose sauce contains dried red chili peppers. Or sushi with wasabi, a condiment known as Japanese horseradish. Or chicken soup with ginger, which gets its fieriness from organic compounds called gingerols.

You might be taken aback at first if you’re served one of these dishes and aren’t used to hot and spicy food – or “pungent” food, to eliminate any ambiguity, since “hot” and “spicy” can also refer to high temperatures or the simple presence of spices, respectively. You feel a burning sensation in your mouth that may even be painful.

These chemical compounds activate specific receptors on sensory nerve endings in the mouth that are also activated by temperatures over 42 degrees Celsius (107.6 degrees Fahrenheit). This is why you sense heat even when the chili peppers are cold.

Many people try to douse the burning sensation with a glass of water, which “isn’t a good idea, as it’s ineffective,” Höhl says. It’s better to drink some milk or eat some yogurt or cheese, because foods containing fat or protein bring more “heat” relief.

This is partly due to the fact that capsaicin is fat-soluble. So fat inhibits its ability to bind to the sensory receptors, dampening the burning sensation.

Sometimes, though, it’s best to dispense with mitigation methods and immediately shove a plate of hot and spicy food aside. “If sharp pain is the direct result of eating such food, you should regard it as an alarm signal by your body,” advises Dr. Georg Wechsler, president of the Association of German Physicians for Nutritional Medicine (BDEM).

People with a sensitive stomach or intestinal tract would also do well to steer clear of very pungent food, which can irritate the mucous membranes there and cause stomach aches or diarrhea. Young children shouldn’t eat such food either, because their digestive system is still getting gradually used to it.

Be that as it may, hot and spicy foods are reputed to have positive effects on the body. “They increase blood circulation and heart rate – blood vessels widen,” Höhl notes.

They’re also said to stimulate – to a small extent – the release of endorphins, known as “happiness hormones,” making us feel more relaxed. “This isn’t scientifically proven, however,” says Wechsler, adding that the same goes for the claim that eating hot and spicy foods can prolong your life.

Pungent compounds such as capsaicin in chili peppers have been shown to be antibacterial. But here, too, open questions for scientists remain.

“Whether this is indeed the case isn’t proven beyond doubt either,” remarks Höhl. “Current study data are inconclusive.”

What’s more, she points out, in some studies very high doses of capsaicin were administered in pill form – amounts hardly ingestible in an everyday diet. And the dose is what matters most when it comes to how hot and spicy foods affect your body and health. But the principle of “a lot helps a lot” doesn’t apply.

“Low doses of pungent substances usually cause no problems,” says Wechsler, which can’t be said about high doses.

According to Germany’s Federal Institute for Risk Assessment (BfR), whose stated mission is the protection of human health, up to 5 milligrams of capsaicin per kilogram of body weight per meal are safe. Higher concentrations can lead to nausea and vomiting, however, and in extreme cases to poisoning symptoms.

The problem is that you generally can’t tell how much capsaicin is contained in a particular food or dish. In any event, you needn’t worry about your health when you eat traditional Indian curry, the BfR says. Some of curry’s typical ingredients, such as cayenne and chilli peppers, contain capsaicin.

More likely to have adverse health effects, it warns, are products such as chili sauces and extracts advertised as “extra hot.”