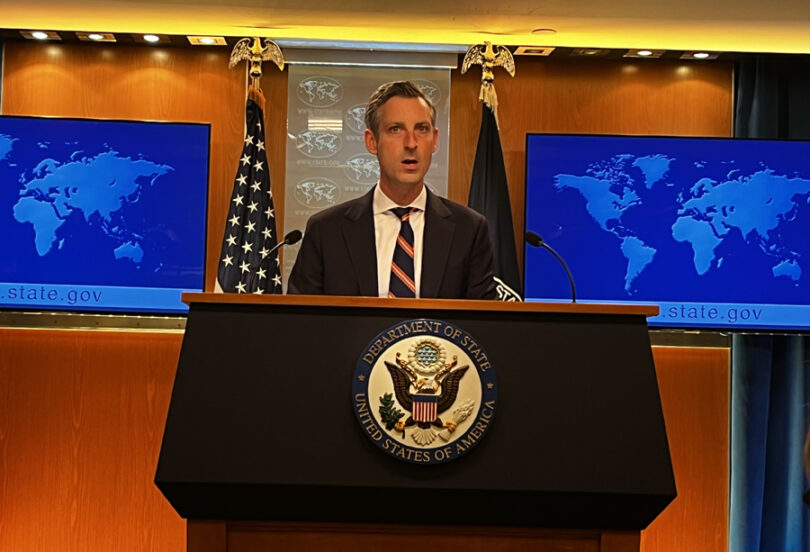 WASHINGTON DC: US State Department Spokesperson, Ned Prices said that the US State Department along with the office of Homeland Security, the FBI and several other agencies did a detailed vetting process of the one hundred and twenty thousand Afghans who were brought to the US last year, after withdrawal from Afghanistan.

Ned Price said that the US commitment to Afghanistan has no expiry date and the US will continue to work for the prosperity and well being of the Afghan people. He urged the Taliban regime to honor the commitments it made during the Doha Agreement and immediately allow girls to get their basic right of access to education.

While replying, this correspondent told Ned Price that the US State Department officials and Pakistani officials in their off the record discussion disclosed that the vetting process was not done well.

This correspondent further asked Ned Price whether State Department media officials hold discussions with the White House media team regarding Foreign Journalists in Washington DC and if so then why decades old journalists during their presence in the White House press briefings don’t get the opportunity to ask questions.

This correspondent further told Ned Price that due to the attitude of Karine Pierre, the White House Spokesperson, the US foreign policy is not portrayed properly around the world.

This correspondent further told Ned Price that due to such treatment with foreign journalists, US State Department officials like Donald Lu has become more popular in Pakistan than several US Presidents.