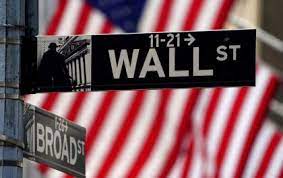 Tokyo was the standout performer, rallying more than one percent following a blockbuster pre-weekend performance on Wall Street as tech shares rallied.

Comments from top Federal Reserve officials provided support to equities after they indicated the bank could lift rates at a slower pace compared with 2022.

The euro on Monday reached the highest level since April last year, at $1.0927, before slipping back. “Investor confidence has surged into the Lunar New Year after China lifted its drastic Covid restrictions and hopes have risen that the end to interest rate hikes may finally be in sight,” noted Susannah Streeter, senior investment and markets analyst at Hargreaves Lansdown.

“There have been signs economies may prove more resilient in the downturn,” she added.

Philadelphia Fed boss Patrick Harker has again called for slower US rate increases, while Kansas City Fed boss Esther George said she was optimistic the world’s top economy could still achieve a soft landing despite worries that a series of big borrowing-cost hikes last year would tip it into recession.

Investors will also looking to US inflation data coming out Friday in the hopes it will give the Fed added reason to slow its rate hikes. Wall Street opened higher on Monday in a week that is heavy with earnings reports from big companies including Microsoft, Intel and Boeing. The Dow added 0.1 percent as trading got under way.
Briefing.com analyst Patrick O’Hare said investors will be looking in particular at what companies say about their 2023 earnings prospects.

With stock valuations higher than their 10-year average, O’Hare said “companies reporting their results this week can’t blow it with their guidance.”

In Europe, London and Paris edged higher in afternoon trading, while Frankfurt was flat.

In Asia, trading was thin with a number of stock markets closed for the Lunar New Year holiday.

“Although most Asian markets are closed for Chinese Lunar New Year celebrations, Japanese and Australian stocks are picking up on the better mood from US investors and on expectations of China’s economy returning to some semblance of a pre-pandemic trend,” said SPI Asset Management’s Stephen Innes.

Crude oil futures extended their strong start to the year.