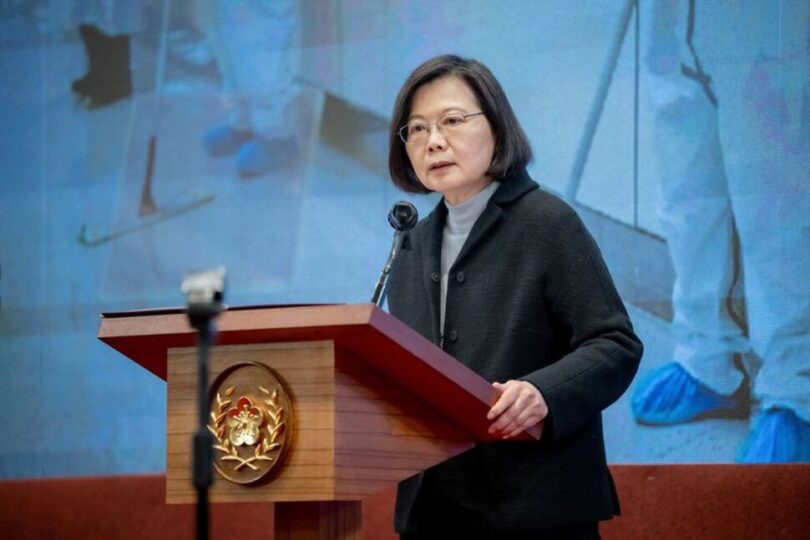 Taiwan President Tsai Ing-wen has called on Germany to maintain regional order in the Taiwan Strait and thanked European strongman for its consistent support of the Island nation.

Presently, Taiwan has become a cornerstone of the US-China rivalry because it not only provides Washington and its allies an opportunity to exploit China’s most sensitive part but also gives them strategic superiority over China to weigh two-front war against the Asian Superpower in any future conflict in the Indo-Pacific region. The growing Chinese economic and military influence alarmed Washington in the late years of the Obama Presidency when the United States gradually restricted Chinese investment in the US along with a gradual upturn in US-Taiwan trade and security cooperation, while this trend became more vigorous through Trump’s sanctimonious policies toward Beijing. Meanwhile, the US-led North Atlantic Alliance and European Union also recognized China as a common threat to the current-day western world order. The western nations adopted coordinated economic and military strategies against China through building strategic partnerships with regional states, while Taiwan had been identified as the most pivotal tool to exploit China’s weakness effectively.

Apparently, a new cold war has begun between China and the west through sharply downgraded bilateral ties, declining trade, and an evergrowing economic, diplomatic, and military competition across the world ranging from the Indo-Pacific region to western Africa and from Oceania Islands to the Balkan region. The current-day cold war is being contested by Western democracy and the Chinese version of socialism, which aims at building its strength on economic invasion and military influence instead of political disposition in other nations. Although, the Chinese new world order does not confront Western democracy but it threatens the western economic hegemony in the contemporary world. Thus, the entire west is unified against China to protect its common interest in the world.

Currently, Taiwan is strengthening its military to contest a possible Chinese invasion agaisnt the Island, while Taiwanese authorities called on the western nations to forge a partnership to protect democracy and maintain regional order. The United States had allocated $ 4.5 billion to support Taiwan’s defense, while Tai Pei has requested the German Bundeswehr to share its war expertise with Taiwan to help alleviate the threat from its powerful neighbour. Although Taiwan is preparing for a full-fledged war, however, Tsai Ing-wen must make out about the war memories of Volodymyr Zelenskeyy before taking any course, because the west always supports its allies by handing daggers and swords but never putting feet in the hot water and always witnesses brawl outside the arena. Therefore, the tiny nation must reconsider the pros and cons of the competition as things go Tsai alone has to face the enemy.