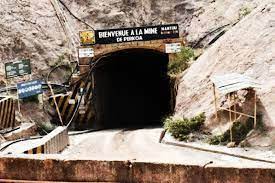 Burkina Faso (AFP): Ten passengers riding a bus died when their vehicle struck a mine in eastern Burkina Faso, the regional governor said on Monday.

The mini-bus hit a mine on a road near the village of Bougui on Sunday afternoon and the explosion killed 10 passengers, Colonel Hubert Yameogo said in a statement.

Five people were injured and taken to a hospital in Fada N’Gourma, the region’s main town, while the toll could rise as other passengers are believed to be missing, he added.

A security source told AFP an improvised explosive device caused the deaths of “around 10 civilians”, a toll corroborated by local sources in Fada N’Gourma.

“The victims are mainly women and children,” said a resident of the town whose cousin died in the explosion.

The incident comes after an explosive device killed two soldiers on a road in northern Burkina Faso on Saturday, according to a security source.

The West African country has since 2015 been grappling with an insurgency led by jihadists affiliated with Al-Qaeda and the Islamic State group which has killed tens of thousands and displaced around two million people.

Attacks targeting the security forces and civilians have increased in recent months, especially in northern and eastern regions bordering Mali and Niger, which are also battling jihadists.

Anger at the government’s failure to stem the jihadist attacks played a key role in two military coups in Burkina Faso this year.