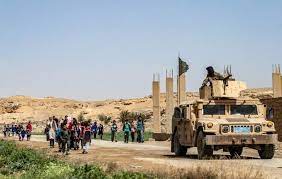 In addition to the dead, “two others have been wounded in a terrorist attack that targeted three buses transporting workers from Al-Taim oil field in Deir Ezzor” province, the report said.

SANA did not provide any information on the nature of the attack or who may be behind it, but a British-based war monitor accused “cells of the Daesh group” of carrying out the assault near the oil field.

“The attack began with explosive devices that went off as the buses drove by, and then the group’s militants shot at them,” Rami Abdel Rahman, director of the Syrian Observatory for Human Rights, said.