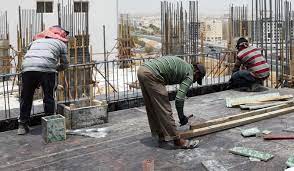 LONDON (AFP): Tesco is facing a UK lawsuit brought by Burmese migrants in Thailand, who claim that one of the supermarket giant’s former clothing suppliers used their forced labor, lawyers said on Monday.

“Burmese migrants were made to work up to 99 hours a week on unlawful wages and in forced labor conditions at a Thailand factory making clothes for Tesco’s F&F fashion range,” said law firm Leigh Day, which represents the 130 claimants.

The claimants are demanding compensation from Tesco and its Thai subsidiary at the time, Ek-Chai, which it sold in 2020.

They accuse the companies of being “unjustly enriched at the expense of the adult workers.”

The suit will also target Intertek, the insurance and auditing group which inspected the factory where the alleged forced labor took place.

If a settlement is not reached, the case will be pursued in the High Court in London, the legal firm warned in a statement.

The workers were employed in the VK Garments factory in Mae Sot, northwest Thailand, between 2017 and 2020, where they cut, made and packed garments to be sold in Thailand.

They were paid a maximum of £4.00 (4.60 euros) per day, and claim they were worked at a relentless pace for seven days a week and lived in tiny dormitories where they slept on a concrete floor.

Tesco told AFP in a statement Monday that the claims were “incredibly serious” and that if it had “identified issues like this at the time they took place, we would have ended our relationship with this supplier immediately.”

While Tesco was not involved in the day-to-day running of the factory, it said “we would continue to urge” its former supplier “to reimburse employees for any wages they’re owed.”

Compensation has so far only been awarded by the Thai courts, and only for severance pay.

Intertek also said the allegations were serious, but it would not comment while legal proceedings were ongoing.

Separately, 10 investment companies with assets totalling around £800 billion, including Schroders and Quilter Cheviot, on Monday signed a joint appeal calling for UK food retailers and the government to be increasingly vigilant about forced migrant labor in British agriculture.

Many migrant workers in the UK have had to stump up large travel costs and “excessive fees to agents and middlemen,” often finding themselves saddled with debts, they warned.

The UK’s main farming union warned in early December that the UK was heading for a food-supply crisis, mainly due to a lack of visas to bring in seasonal workers, who are in short supply after Brexit.

The government announced on Friday plans to increase the number of seasonal visas available next year from a maximum of 40,000 to 45,000, with the possibility of an additional 10,000 if needed.