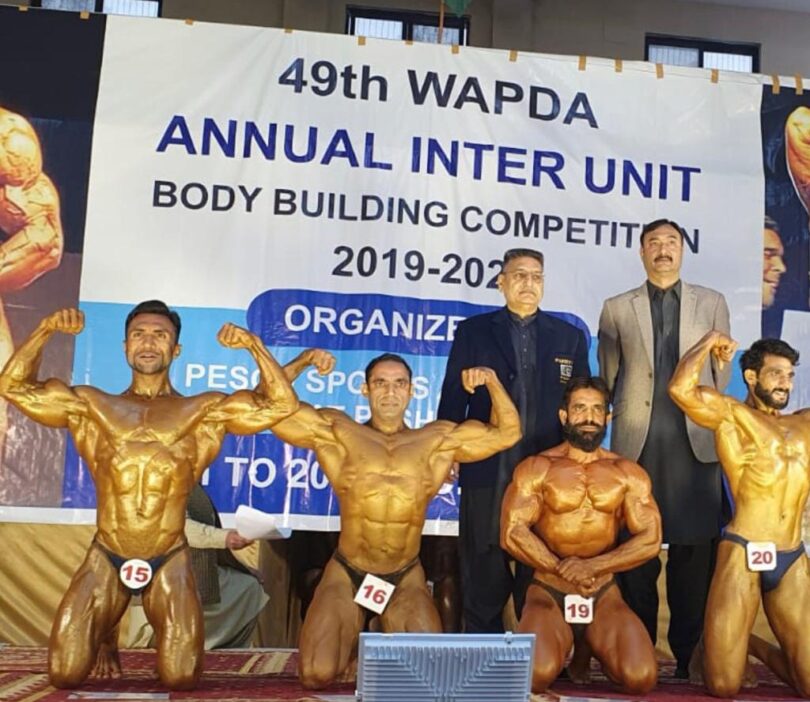 PESHAWAR: The 49th WAPDA All Inter-Unit Bodybuilding Championship held in Peshawar, the provincial capital, has ended. In this mega event, Lesco bodybuilders won the champion trophy by showing their best skills. got the third position, in the same way, IESCO got 26 points, Fesco got 18 points, Pesco got 12 points.