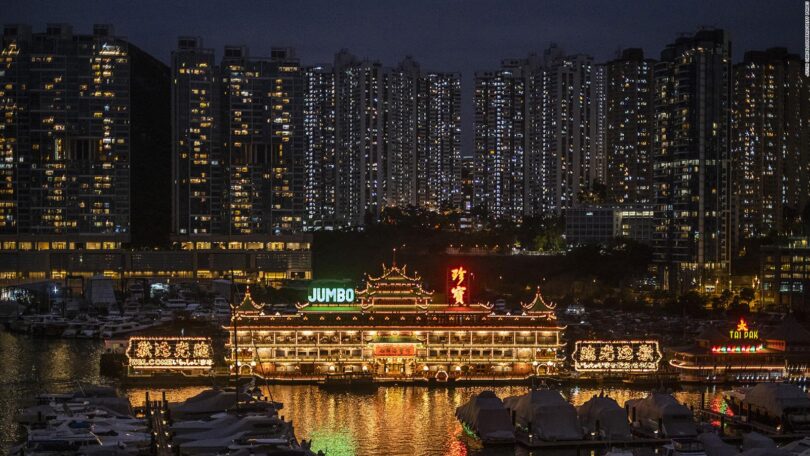 (CNN): It already looks like 2023 is going to be a year of “revenge travel,” with people who were cooped up during the pandemic taking the long-overdue dream vacations they’ve been saving up for.

However, while most of the world is open again and operating like before, not every attraction survived the pandemic unscathed. Some have taken advantage of the pause in tourism to remodel or upgrade infrastructure, while others have said goodbye forever.

Ahead of making your next travel plan, here are the places you need to cross off the list for 2023 — and in some cases beyond. For each spot, we have included a backup destination to explore instead.

“Train Street,” the Instagram-beloved road in Vietnam’s capital, had long been a source of controversy. The Old Quarter street became famous for the trains that would shuttle along the tracks just inches away from homes and shops. The spot became popular with tourists who liked the thrill of posing on the industrial tracks with coffee shops in touching distance.

However, despite their vintage look, the tracks are still very much in use. Overtourism on Train Street became not just an annoyance but a legitimate safety issue, as trains sometimes had to re-route at the last minute to avoid people.

Although the Hanoi government had ordered some of the tourist shops that had opened up on Train Street to take advantage of the foot traffic to close in 2019, the area remained popular. Finally, in fall 2022, all businesses on Train Street had their operating licenses revoked and barriers were erected to keep people out.

Plan B: Hanoi’s historic quarter, much of which was built by the French during the Colonial era, has plenty of postcard-pretty walkways. Head to Nhà Th? L?n Hà N?i (St. Joseph’s Cathedral) and begin exploring from there. There won’t be any trains rumbling past, but there will be plenty of motorbikes.

The brainchild of artist couple Noah and Karon Davis, the Underground Museum developed a reputation for championing work by artists of color.

Occupying a few small storefronts in the lesser-known Bernal Heights neighborhood, the museum was also a bookshop, organizing space, and community center, and persevered following Noah Davis’ death in 2015.

However, the pandemic was hard on the Underground Museum. Despite high-profile celebrity fans and supporters like Beyonce, Tracee Ellis Ross and John Legend, the museum shut its doors in 2022.

It’s unclear exactly what happened, or whether the museum will re-open elsewhere in another format.

“We simply do not have any answers right now. So, we will also be closing the museum until further notice. During this period, we encourage you to engage with the incredible art spaces all over our beloved Los Angeles,” Karon Davis wrote in a statement on the museum’s website.

Asia’s largest bird park announced its closure in August 2022 after more than 50 years of operation in Singapore.

However, there’s good news for its fans. The park isn’t disappearing — instead, it will join several other famous Singaporean wildlife and nature attractions to create a new eco-tourism hub in the northern reaches of the city-state.

The Singapore Zoo and Night Safari will also be part of the project, which is called Mandai and could open as soon as 2023.

Plan B: Spending time outdoors in reliably warm Singapore is easy. The Singapore Botanic Gardens are the country’s lone UNESCO World Heritage Site, while those who want to get up close to animals can visit The Live Turtle & Tortoise Museum in the Yishun area.

Wilde. Beckett. Yeats. Some of the most significant authors in English-language literature came from Ireland, and the Dublin Writers Museum in the capital celebrated that literary heritage.

Like so many tourist attractions around the world, the museum closed in March 2020 for what was supposed to be a temporary shutdown.

However, that turned out to be the end of the story.

Failte Ireland, the Irish national tourism body that owned and operated the museum, announced in August 2022 that the museum would be permanently closed, saying that it “no longer meets the expectation of the contemporary museum visitor in terms of accessibility, presentation and interpretation.”

Plan B: Goodbye, Dublin Writers Museum, hello MoLI. The Museum of Literature Ireland opened to much fanfare in 2019.

A partnership between the National Library of Ireland and University College Dublin, it is home to Irish literary artifacts like the first copy of James Joyce’s “Ulysses” (the museum’s nickname is a wink to the novel’s heroine Molly Bloom) and makes a point to highlight lesser-known figures as well as authors who write in Irish.

Once the world’s largest floating restaurant, the years were not kind to Hong Kong’s Jumbo Kingdom.

The restaurant, which was featured in dozens of movies and TV shows and was visited by everyone from Queen Elizabeth II to Chow Yun-Fat, became less popular with both locals and tourists over the years.

Costs of keeping the ornate three-story vessel were high, and Hong Kong’s tourism took a nosedive amid strict Covid closures and restrictions.

After several attempts to sell Jumbo to a local Hong Kong buyer fell through, the ship was en route to a southeast Asia shipyard when it sank near the Paracel Islands in the South China Sea.

Plan B: Though Jumbo is gone, many of Hong Kong’s iconic landmarks are still flourishing. One, the Peak Tram, got a makeover in 2022.

If it’s a floating experience you’re after, the green-and-white Star Ferry still brings locals and commuters alike between Hong Kong Island and Kowloon, and the Dukling, the city’s last remaining wooden junk boat available for public use, plies the waters several times a day in Victoria Harbor.

Before the National September 11 Memorial & Museum opened at Ground Zero, there was the 9/11 Tribute Museum.

The quieter, more introspective cousin was opened in 2006 by loved ones of those who died in the World Trade Center attacks in 1993 and 2001. The small space in lower Manhattan was a gathering place for those affected by the tragedies and was home to many personal items and objects donated by survivors and by victims’ families.

Citing financial losses during the pandemic, the museum bid farewell in summer 2022. Its Tribute Walking Tours of the community, which were led by 9/11 survivors, have also ended.

Plan B: Although the museum’s physical presence is gone, the majority of its holdings are now part of the permanent collection at the New York State Museum in Albany, about 150 miles north of New York City.

Travelers who aren’t able to visit the state’s capital can also visit the nearby National September 11 Memorial & Museum, which remains open and active.

Two Japanese museums are both going through periods of transition this year.

Though they’re both in Tokyo, the two museums are wildly different — the Edo-Tokyo Museum is a traditional history museum focusing on Japanese culture, while TeamLab Borderless is an all-digital experience created by self-described “ultra-technologists.”

The Edo-Tokyo Museum has announced that it will be closed for at least three years while going through a renovation. Its riverfront building in the city’s Ryogoku neighborhood opened in 1993 and is best known for its full-size replica kabuki theater.

Representatives for the museum say it will reopen in late 2025 or early 2026.

Meanwhile, TeamLab Borderless — which was crowned the world’s most-visited museum by the Guinness Book of World Records — will be relocating from its home in Odaiba to a new facility in the highly anticipated Toranomon-Azabudai Project, which is due for completion in 2023. No reopening date has been announced yet.

In addition to TeamLab, the new development will be home to Japan’s tallest skyscraper.

Plan B: Tokyo is a museum lover’s dream, with plenty on offer, including the Museum of Contemporary Art, Tokyo. the Mori Art Museum and the National Museum of Western Art. In Ueno Park, the Tokyo National Museum will scratch your itch for history.

The popular history and culture museum is making a short move with big significance.

The museum, founded in 1912, will move from its current London Wall home into the nearby General Market, a formerly derelict site that will be renovated and preserved.

In addition to the new digs, the destination will rebrand as The London Museum, expand its hours on Fridays and Saturdays and encourage patrons to visit local small businesses nearby.

Even better: the museum — due to reopen in 2026 — will be easy to access through the Farringdon station of the new Elizabeth Line, another example of London’s evolution.

Plan B: There are plenty of places to explore London’s rich history. See Shakespeare’s plays performed at The Globe, go underground to explore the Churchill War Rooms, and learn about royal dramas of yore at the Tower of London.

After life as a glamorous transatlantic ocean liner, the Queen Mary retired to southern California in 1967.

It was a working retirement, though — the Queen Mary, with her Art Deco decor, operated as a restaurant, hotel and general tourist attraction after settling in Long Beach.

Now, the ship is in urgent need of repairs.

The city of Long Beach, which owns the vessel, says at least $5 million of work is needed to fix up the Queen Mary, which has suffered more than just wear and tear. In particular, the weight of the lifeboats has caused long-term damage, and they’ll be removed — with the hope that a museum, historical society or other attraction will want to display them.

There’s no firm date for the Queen Mary’s reopening yet.

Plan B: Long Beach has lots going on, from a happening downtown to a museum of Latin American art. In the meantime, the ship’s successor, the Queen Mary 2, is still in active service with the Cunard line.