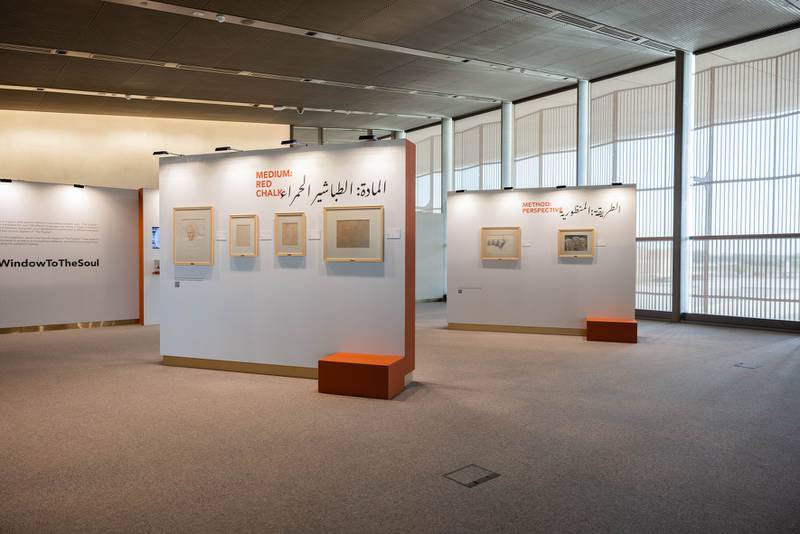 A collection of artworks and personal belongings from celebrated Lebanese artist and poet Gibran Kahlil Gibran is the subject of a virtual exhibition by Sharjah’s House of Wisdom.

The first-of-its-kind display, which went live on Friday, marks the 140th anniversary of Gibran’s birth, in 1883.

It comes after the temporary physical exhibition A Window to the Soul: Gibran Kahlil Gibran closed at the Sharjah landmark following a successful run of four months, which attracted about 13,000 visitors, according to the institution.

More than 34 original works of art, including 15 that have never been seen before, form the virtual exhibition. It also includes manuscripts and sketches that underline Gibran’s talent, which is renowned worldwide.

A watercolour set and easel, as well as the galley proof and plate proof of Gibran’s most revered piece The Prophet, which has been translated into more than 100 languages, are among the items on display.

Original Arabic manuscripts of The Garden of the Prophet, the 1933 sequel to The Prophet, are also included, as well as several parts of the Spirits Rebellious, a collection of three lyrical parables that pay tribute to Gibran’s homeland.

The exhibition is accessible from all over the world, giving access to people interested in Gibran’s work who are unable to visit House of Wisdom.

“The launch of this virtual exhibition is part of our ongoing quest to utilise the latest technologies to enable people around the world to access valuable art and literary works,” said Marwa Al Aqroubi, executive director of House of Wisdom.

“Virtual exhibitions transcend time and geographic boundaries, and this one offers the acclaimed writer’s worldwide fans an opportunity to gain a closer look at his personal belongings and artworks anywhere at their time of convenience.”