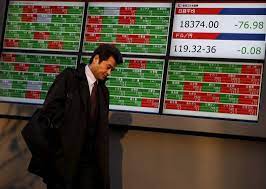 TOKYO (AFP): Tokyo shares ended lower on Thursday, after falls on Wall Street, with investors taking to the sidelines and avoiding risk ahead of New Year holidays.

Trade was thin on the Japanese market, where investors “squared positions” to minimise risks from “any surprise event that might happen during the four-day year-end holiday season”, Makoto Sengoku, market analyst at Tokai Tokyo Research Institute, told AFP.

With “little to no visibility into the state of the nation’s outbreak, health officials in other countries fear an upsurge in cases tied to Chinese travellers, who are now unshackled to fly around the globe”, Innes added.