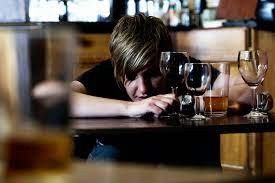 LONDON: A Daily Mail investigation has revealed a shocking fact that a child was hospitalised every 20 minutes last year on average after intentionally poisoning themselves with drugs or alcohol.

According to the British newspaper, hospital admissions for children who self-harmed with drink or tablets have surged in the past five years, with admissions for those aged between ten and 14 up by 58 per cent from 5,520 to 8,749.

Conservative MP and former children’s minister Timothy Loughton said the figures were ‘shocking’ and called on the Government to take a closer look at the problem.

He said: “Despite the determination of this government to achieve parity of esteem between mental illness and physical illness and the extra investment on young people’s mental health services, we still need more and more urgent interventions for our children. The unseen consequences of the Covid lockdown are now coming to the surface as we see the impact of closing schools and depriving children of socialising and learning with their peers on their mental health. Every two months represents 1 per cent of a child’s childhood and too much of that growing-up process was taken away from them during lockdown. While we still have lots to do on academic catch-up, this will amount to little if we do not attend to repairing the mental well-being of children at the same time.”

Since 2017, 117,616 children were hospitalised after intentionally poisoning themselves with drugs or alcohol – 400 of these cases involved children under the age of ten.

Non-opioid painkillers – such as ibuprofen or paracetamol – were the drugs most frequently responsible, leading to 18,594 admissions last year, according to NHS Digital figures.

In the first year of lockdown, children were hospitalised 23,298 times for drug or alcohol-related self-harm. In the second year, this jumped to 26,450.