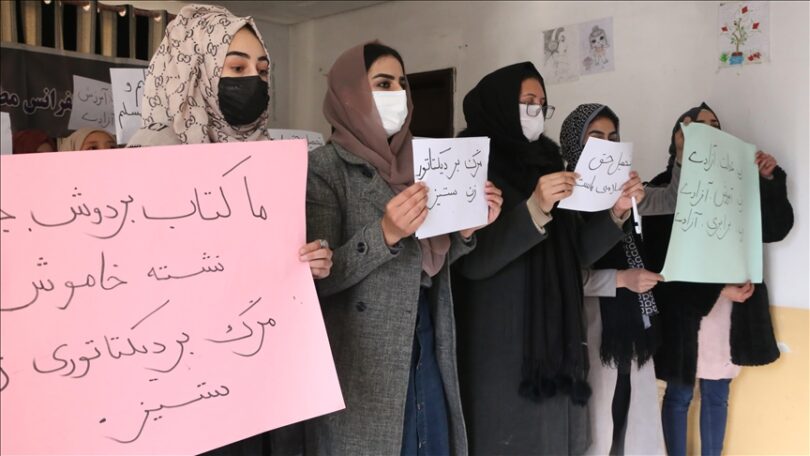 The 15-member Council expressed deep concern in a statement that the Taliban have suspended access to universities for women and girls.

It denounced the suspension of schools beyond the sixth grade for Afghan girls and demanded the full, equal and meaningful participation of women and girls in Afghanistan.

The Council urged the Taliban to reopen schools and swiftly reverse the policies and practices, which “represents an increasing erosion” of the respect of human rights and fundamental freedoms.

Expressing profound concern regarding reports that the Taliban have banned female employees of NGOs and international organizations from going to work, the Council said it would have a significant and immediate effect on humanitarian operations in the country.

UN aid chief Martin Griffiths in his briefing to the Council last week painted a bleak picture of the humanitarian situation in Afghanistan.

He said that 97% of Afghans live in poverty and 20 million people face acute hunger.

The Taliban have failed to live up to their pledges to the international community.

Women and girls have been deprived of their rights, including the right to education, and disappeared from the public since the Taliban returned to power on Aug. 15, 2021, as officials from the US-backed Kabul administration fled the country and foreign forces withdrew.

Girls have been prevented from attending middle and high school. Many women have demanded their rights be reinstated by taking to the streets, protesting and organizing campaigns.