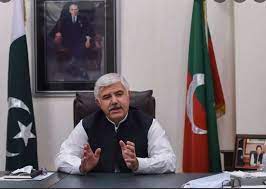 Chief Minister Khyber Pakhtunkhwa Mahmood Khan has launched the second phase of the ‘Insaf Rozgar Scheme’ with a total cost of Rs 700 million. Under the scheme, interest-free loans from 50 thousand up to One million rupees will be provided to the jobless people of newly merged districts, while people in the age group of 18-50 years, would be eligible to get benefits under the scheme. According to government statistics, 4576 jobless people across the province have been provided interest-free loans during the first phase of the scheme in 2020.

Pakistan is a developing nation with limited resources and many parts of the country except major cities and towns could not get the due attention of the rulers and subsequently lagged behind in the race for development and prosperity in the past. Khyber Pakhtunkhwa and the merged districts of Erstwhile also could not maintain the pace of development due to a lack of funds and discrimination from the rulers.

The Insaf Rozgar scheme is undoubtedly a poor-friendly initiative of the provincial government that has provided self-employment opportunities to jobless citizens, however, there is a dire need for a third-party audit that will ensure that the funds only reach rightful individuals and subsequently expended for the desired purpose so the nation also realize the full economic and financial dividends of this magnificent endeavor in the future.