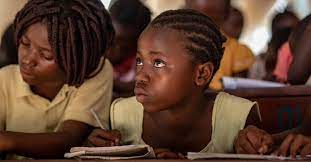 The report titled “Transforming Education with Equitable Financing” found the disparity in the equitable financing of education through public funding. According to the report, only 16% of the public funding on education goes to the poorest quintile of learners as compared to the 28% for the richest. The report presents even more grim picture for the children of low-income household who manage to get only 11pc of the share while 42pc goes to the richest. Middle income countries like Senegal and Ivory Coast spent four times as much of the pubic funding on children belonging to rich households as of the spending on poor children.

“We are failing children. Too many education systems around the world are investing the least in those children who need it the most,” said UNICEF Executive Director Catherine Russell. “Investing in the education of the poorest children is the most cost-effective way to ensure the future for children, communities and countries. True progress can only come when we invest in every child, everywhere.”

The report analyses that only 1pc point increase in the allocation of educational resources to poorest 20pc could lift whopping 35million children out of the learning crisis. “One third of the children up to ten years of age across the world are unable to read and comprehend a simple writing”, the report added. In the light of these findings, the UNICEF has called  for more equitable spending on children eduaction.