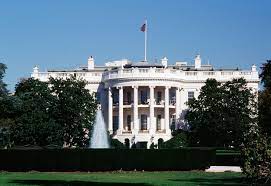 In December 2021, most Americans were looking forward to a quiet and prosperous 2022. COVID-19 cases were down, the stock market was up and jobs were abundant. What could go wrong?
Many things did. Geopolitical trauma came first. After a chaotic US military withdrawal from Afghanistan in August 2021, it seemed that US involvement in foreign wars was drawing to an end. Yet on 24 February 2022, Russia’s President Vladimir Putin invaded Ukraine. The ground battle then morphed into a proxy war between NATO and Russia.
US President Joe Biden was quick to declare that US boots would not join Ukrainian soldiers, but he was equally quick to dispatch US armour and CIA advisors. By the close of 2022, NATO weapons manned by Ukrainians had successfully pushed Russian forces out of the Ukrainian cities of Kharkiv and Kherson, and back towards Ukraine’s eastern border.
But battlefield success was coupled with global economic distress, as energy and food prices soared. The proximate causes were Western sanctions on Russian oil and Russian sanctions on gas exports to Europe. In the United States, elevated oil and gas prices reinforced inflationary forces unleashed by monetary expansion and fiscal stimulus.
Two new flashpoints also emerged in the US Cold War against China in 2022. The first was the battle for technology supremacy. The US public, inflamed by leaders in both political parties and by Chinese President Xi Jinping’s assertive actions, became convinced that China was not merely a competitor, but an adversary out to destroy US jobs and push US military forces out of Asia.
Congress and the Biden administration’s response was to ensure the United States retained primacy in all forms of advanced technology. One piece of legislation, the CHIPS and Sciences Act, lavished US$76 billion on the semiconductor industry and US$170 billion on advanced technologies, ranging from artificial intelligence to quantum computers to materials. The US Department of Commerce also implemented a suite of controls on US technology exports to China and on China’s acquisition of technology companies.
Despite congenial atmospherics surrounding the meeting between presidents Xi and Biden at November’s G20 Leaders’ Summit in Bali, all signs indicate further technological decoupling in 2023. Some members of Congress condemn any sourcing of intermediate products from China, while the distinction between civilian and military goods has become blurred.
Inflation that was initially considered transitory seemingly became entrenched. During 2021, the US Federal Reserve ballooned its balance sheet (and the money supply). It went from US$4 trillion in December 2019 to nearly US$9 trillion in December 2021. This was coupled with fiscal stimulus that distributed more than US$2 trillion of outlays in late 2020 and early 2021. This joint monetary and fiscal expansion coincided with an economy that offered almost two job vacancies for every unemployed worker.
The policy extravaganza came home to roost this year as inflation soared to nearly 8 per cent. The Federal Reserve launched an aggressive monetary tightening campaign that raised the policy rate from near zero in January to a target of 4.25 to 4.5 per cent in December. This dampened the stock market and ended escalating house prices. But it did not immediately reduce inflation, as measured by either the Consumer Price Index or the Personal Consumption Expenditures index.
Yet Federal Reserve and White House officials staked their hopes on a ‘soft landing’ — meaning a path to 2 per cent inflation with no recession and only modest unemployment. At the end of 2022, most economists forecast inflation to persist above 2 per cent, a recession to begin in 2023 and unemployment to exceed 5 per cent.
Past midterm congressional election outcomes, coupled with concern about inflation, led pundits to expect Republicans to sweep the US House of Representatives and possibly recapture the US Senate in November. Fortunately for Democrats, Trump loomed large. Although Trump was not on the ballot, he promoted unpalatable Republican candidates. This, together with the US Supreme Court’s unpopular reversal of Roe v. Wade — a landmark court ruling that guaranteed a person’s constitutional right to abortion — meant that Republicans barely achieved a narrow victory in the House, while Democrats retained control of the Senate.
The United States has accelerated its fight against climate change. Biden’s signature legislative achievement was passage of the misnamed US$400-plus billion Inflation Reduction Act (IRA), a truncated descendant of his administration’s US$2.4 trillion Build Back Better proposal. The IRA was largely a green energy law, providing more than US$300 billion for wind, solar and other alternatives to fossil fuels. When implemented, the green projects will continue to lower US carbon emissions.
Although the IRA is ambitious, it will not significantly reduce global carbon emissions. The world continues to exceed its Paris Agreement targets for limiting the rise in average global temperatures to 1.5 degrees Celsius above pre-industrial levels. The United States remains allergic to meaningful carbon taxes. And exploring geoengineering solutions remains taboo.
At the COP27 gathering in Sharm el-Sheikh in November 2022, the United States acceded to undetermined ‘loss and damage’ payments to poor countries impacted by climate disasters. As the calendar turns to 2023, the challenge of climate change looms as large as ever — for the United States, China and everyone else.